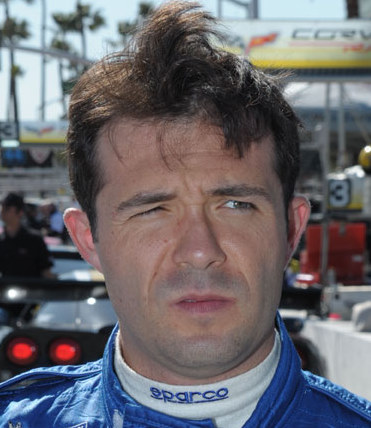 Luis Diaz enters and the American Le Mans Northeast Grand Prix unbeaten in LMP2 with Lowe’s Fernandez Racing teammate Adrian Fernandez. The pairing was a perfect 4-for-4 in the first half of the 2009 American Le Mans Series behind the wheel of their Acura ARX-01b.

To make it five straight and extend their P2 championship lead, the two will have to win at track that hasn’t exactly been kind to them. They did place fourth in P2 last season but retired early in 2007. As has been the case in each of the five previous visits to Lime Rock for the Series, successfully overtaking traffic will be paramount.

“It’ll be tougher than last year," said Diaz, P2 pole-winner at St. Petersburg and Utah. “This year for us has been even tougher than last year because we have more weight in the car. It’s not as easy to pass the GTs this year. Actually, some of the GTs sometimes can brake even deeper than us, so it’s going to be a big challenge. But we’ve got to be smart about it and hopefully we won’t make mistakes."

The American Le Mans Northeast Grand Prix at Lime Rock Park in Lakeville, Conn., is scheduled for 2:05 p.m. EDT on Saturday, July 18. The race will air live on SPEED. American Le Mans Radio presented by Porsche and Live Timing & Scoring will be available at Racehub on americanlemans.com. You also can follow the Series on Twitter (almsnotes). An RSS feed of Series news also is available.

The race also will mark the fifth round of the MICHELINÂ® Green XÂ® Challenge. Tickets are available at americanlemans.com and limerock.com.