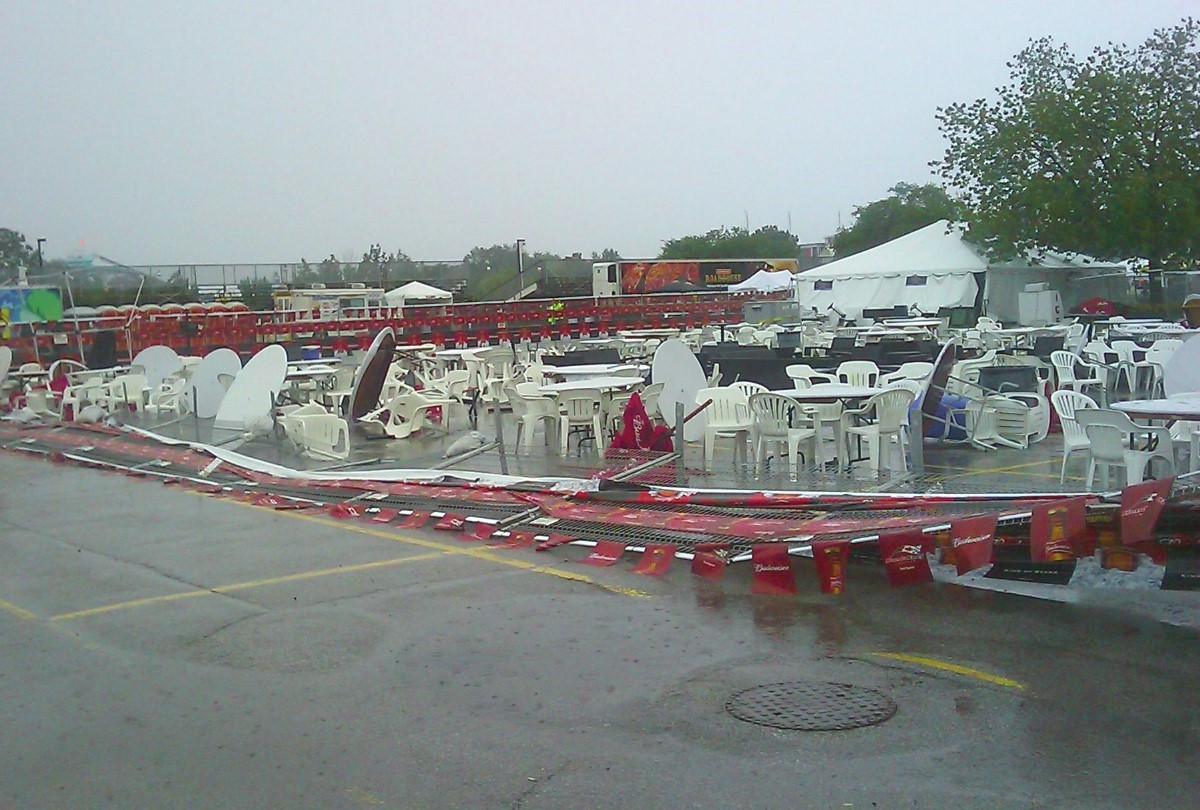 The Brits thought that the rain at Toronto was an attempt to make them feel at home. Certainly those who came up through road racing channels were looking forward to practicing and qualifying in the rain. Dan Wheldon was all smiles, Ryan Hunter-Reay was ready to go (imagine a Foyt car leading the field at a street course?!?) while Ed Carpenter looked like he was visiting a proctologist……….advised to take cover in the exhibition center, but the severe storm warning has been lifted. Security personnel are inspecting the grounds to make sure that things were safe before allowing anyone back into the area. When things got bad, lightning strikes were reported on the CN Tower, and wind gusts were threatening to blow away every canopy in the paddock. An entire section of fence in the beer garden blew over as well………..Last weekend, AJ Foyt told AutoRacing1.com, "With my luck this year, if I had a duck, he'd drown!" Well, given the weather, we did indeed ask AJ how his duck was doing. The duck hasn't drown, but there is some saying in Texas about a rainstorm choking frogs… AGR's woes continue. This morning's practice had the AGR drivers showing up looking decidedly unhappy. They were the first to leave the track when practice was postponed as lightning strikes started……….Finally, Danica has some competition in the wings. No, not just Anna Beatriz, but rather in the form of a 10 year old Canadian go-kart racer named Taegen Poles. She's got the eyes of Emmo when she speaks, Paul Tracy's confidence, and no reservations about running over her competitors. She's here not just to watch the race, but to talk to drivers to network and get advice. The point is that drivers are born, not made, and not matter how much racing is screwed up by the previous generation……….Finally at 11:00 local time practice was started on a very wet track. At 11:01, Tony Kanaan backed his car into the wall at the end of his first lap. The AGR misery continues……. Tim Wohlford reporting from Toronto