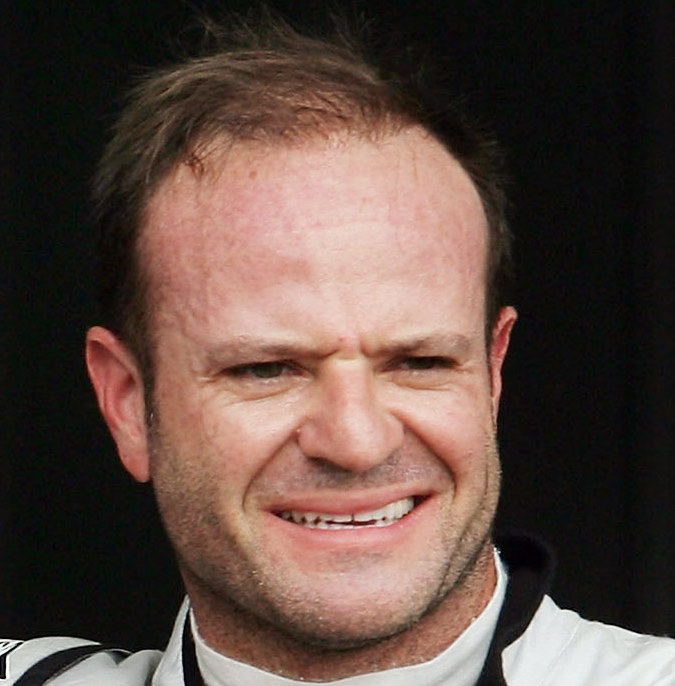 (GMM) Rubens Barrichello believes there are technical reasons why he has struggled to match the form of his championship favorite teammate Jenson Button this season.

The Brazilian veteran lags 23 points behind his British teammate, having failed to win a single race at the wheel of the Brawn BGP001, which in Button's hands has won all but two of the grands prix in 2009.

Mark Webber is famous for never wanting to offer a "shopping list of excuses", but 38-year-old Barrichello is at pains to point out the reasons for his defeats.

"Technically, I couldn't run the wheel covers which give downforce because my rear brake calipers were altered," he told the Independent newspaper at the Nurburgring.

"And because (Button) is taller he can run with the weight distribution further forward than I do. So there is an explanation for the tenth of a second that doesn't happen when I have a full fuel load," said Barrichello.

"I beat him more than he does me on light tanks and then he beats me when we run race fuel," he added.

Arguably even more frustrating for the winner of 9 career grands prix is that when he finally did beat Button on race day, three weeks ago at Silverstone, the Red Bulls dominated and Barrichello could finish just third.

But Barrichello insists he has no problem coping with the situation.

"It's easy," he said. "I just remember that some months ago I didn't even have a car. I have a good teammate who is doing quite well.

"My day is definitely going to come, isn't it? It's impossible that for someone who worked so hard for the whole time, it won't happen. I think my technical input to the car is very high, probably higher than what Jenson's is," said Barrichello.