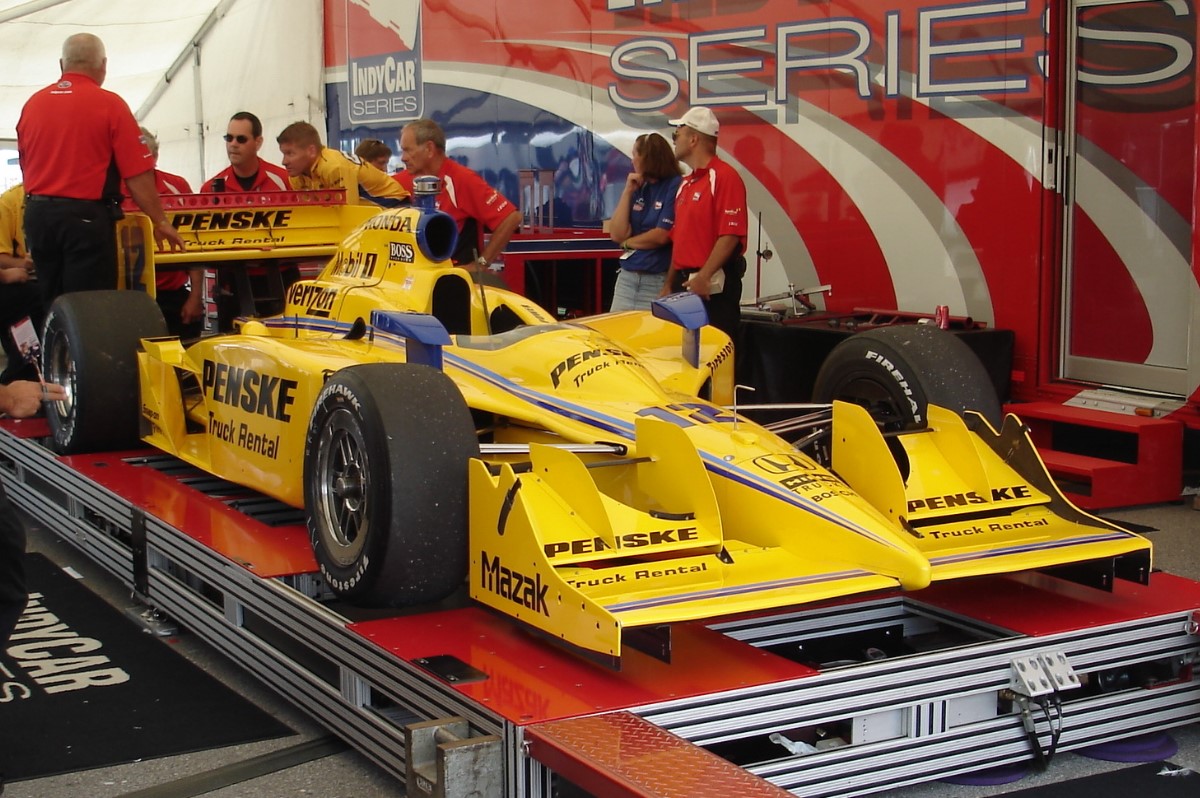 Will Power — who won the CART race here in 2007 in a memorable rain-soaked drive — lead the first practice session of the 2009 Honda Indy Toronto. Raphael "Raffie" Matos showed the speed that the rest of the field has been talking about since Indy, with the second quickest time.

Danica was slowest in the first practice, some 2.7 seconds slower. In fact, the entire Andretti Green Racing team seemed intent on being great hosts as they all struggled. Kanaan was 6th fastest, Hideki 17th fastest, and Marco 16th fastest. As another publication joked this week, the status of "Big 3" team has been revoked for Team ARG.

The streets of Toronto are beautiful, with a wonderful weather forecast for the weekend. However, the local garbage collector's union is on strike, and fans coming from the west on Lake Shore will likely be caught in the traffic jam at the temporary garbage dump set up to ease the situation.

Parking in downtown Toronto is a problem even without a major street closed up and some 100,000 fans in attendance. Most of the lots on the main streets are $20, but locals tell stories of $4 lots off of the beaten path. At any rate, race fans should allow lots of time for traffic and parking woes when they come to the track. Better still is to simply get a hotel room and enjoy the night life of Toronto after the cars go silent.

Likewise, fans should leave time to tour the National Trade Center. Not only are there the souvenir and food stands, but the exhibition hall is playing garage to some of the support classes. as well as exhibits from vendors. Tim Wohlford reporting from Toronto