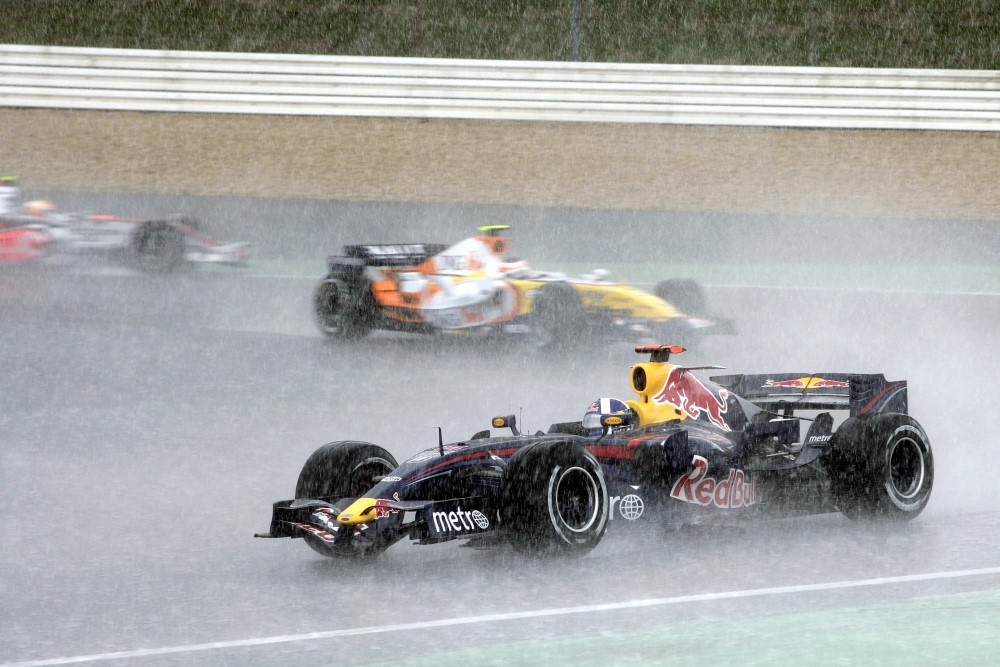 (GMM) As at Silverstone, the weather could again play into Red Bull's hands this weekend as its drivers try to close the points gap on championship leaders Brawn.

Temperatures for the Nurburgring circuit are forecast to stay below 20 degrees (C) for the three-day event, which would not suit the BGP001 car or the smooth driving style of Jenson Button.

Rain is also a distinct possibility in the fickle Eifel region.

At cool Silverstone nearly three weeks ago, Sebastian Vettel and Mark Webber finished first and second, with Vettel able to bite 7 points out of struggling Button's lead in the drivers' standings.

But some observers believe the high-speed nature of Silverstone meant that Brawn was not able to display its superiority under braking, and that Red Bull will be hard pressed to repeat its British dominance at the Nurburgring.

Webber is hopeful of another strong weekend for Red Bull but is not sure Button's 28.5 and 25 point lead over himself and teammate Vettel respectively can be diminished by season's end.

"The way he's been driving, I don't see Jenson losing the fight," the Australian said in his latest BBC column.

"If he loses the world title now, it will be down to a problem from the team, not him," Webber added.