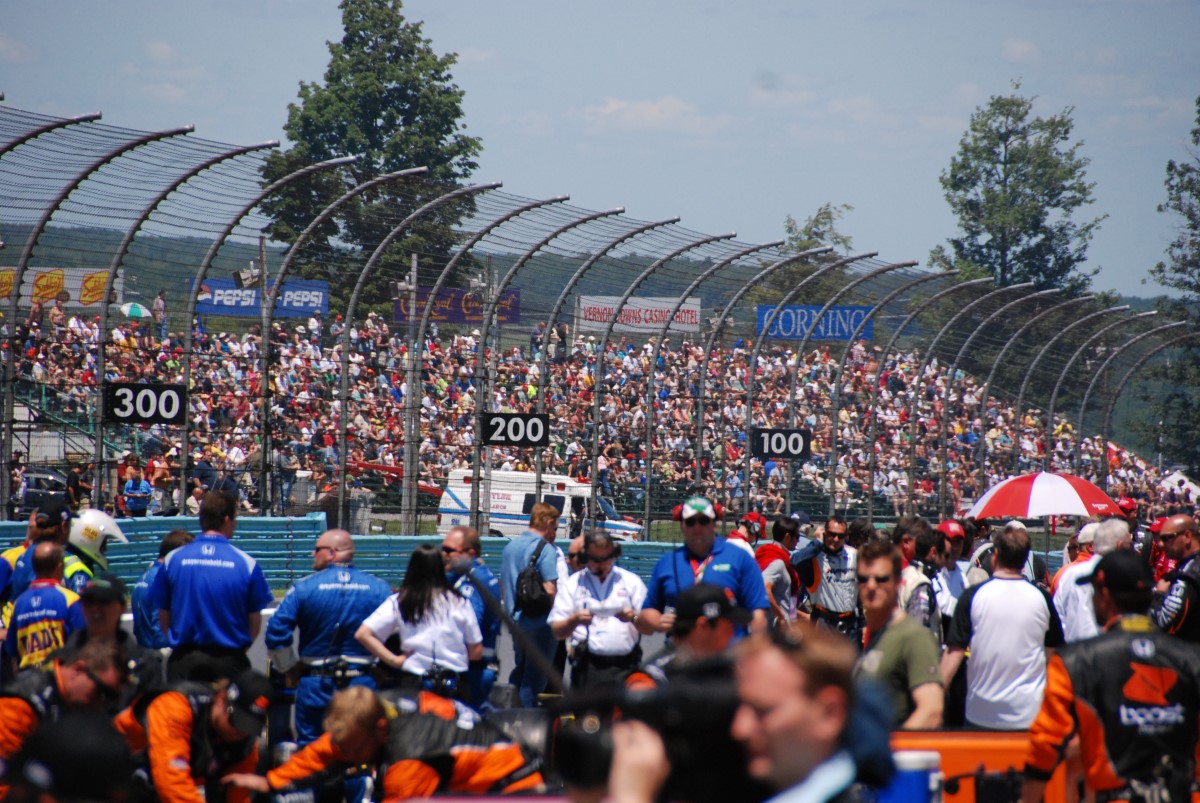 A perfect day weather-wise in Watkins Glen as the IndyCar race got underway in front of a crowd estimated at 40,000. Although the main grandstand was only 25% full, the crowd elsewhere around the track was good and estimated to be 50% of the 85,000 NASCAR crowd…….Driving in this morning from Corning we noticed the early morning fog draped over the cool green hills and it brought flashbacks of the F1 races of the 1970s when we first admired the Finger Lakes Region of upper NY State………Watkins Glen draws a large camping crowd and the smell of bacon and sausage was noticeable as fans emerged from their tents and campers and began to cook breakfast……Graham Rahal was still smarting after his car failed post-qualifying tech inspection Saturday because it was 4.5 pounds underweight……….Milka Duno crashed for the third time in the morning warm-up which had many rolling their

eyes. Meanwhile Castroneves was on top of the charts with the fastest lap anyone turned all weekend……..Justin Wilson liked his chances to win today because he had two sets of new red tires to use for the race, having saved one set in qualifying……The Batmobile from the late 60s/early 70s was a big attention grabber in the infield…………Marlboro is still backing Penske Racing's 2-car effort almost 100% (estimated to be $15M per year) even though they have no sponsor logos on the cars or team uniforms. How do they justify such expenditure? They invite thousands of cancer susceptible cigarette smokers to off-site hospitality where they have a captive audience with them.