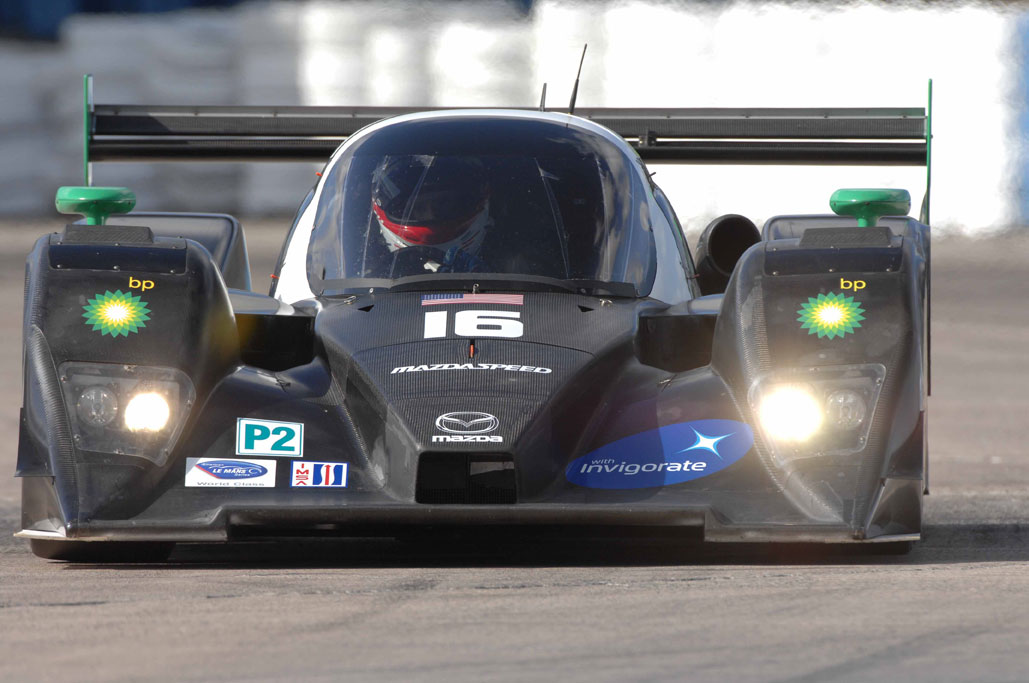 It was much warmer for Dyson Racing's first public running of their new BP Mazda Lola Coupe than it was in Washington DC a week ago. But the fifth-annual American Le Mans Series Winter Test in Sebring, FL provided a similar public stage for showcasing a new chapter and partnership of Dyson Racing, Mazda, BP, Lola and Advance Engine Research. "It was not a question of `if' – it was a question of `when Mazda and Dyson

" Racing would come together. There is a real common sense of purpose, and a shared sense of integrity with Mazda and all of our partners," noted Chris Dyson.

The drivers all spoke well of the new car. Dyson said that he "could not be happier to be behind the wheel of the latest Lola. The car is fundamentally very good and has a huge amount of potential. The engine is strong and the car's feedback gives the driver a lot of confidence."

Peter Weston, chief engineer, explained some of the car's characteristics. "The Lola coupe is a race car that does pretty much everything well. Lola has been able to maintain good low speed grip while putting the majority of the car's stiffness back on the front, which allows a driver to really roll up his sleeves and draw more performance out of the car. Our drivers can impart their own driving styles into the car and it will respond accordingly."

"It is a very capable, straight-forward type of car," agreed Butch Leitzinger. "I would say from a performance standpoint, one of its stronger advantages is the amount of attack you can throw at the car. You can drive this car very aggressively, and it likes it. I have found that to be a trait of a good race car: the harder you push it, the more confidence it instills. This is very beneficial in a long race when you are able to dictate to the car what you want from it for twelve hours rather than having the car call the shots."

"The Winter Test showed how naturally this melding of prior partners and new partners is going to work throughout the season," said Rob Dyson. "We look forward to the 12 Hours of Sebring and another ALMS season of first-class quality competition."