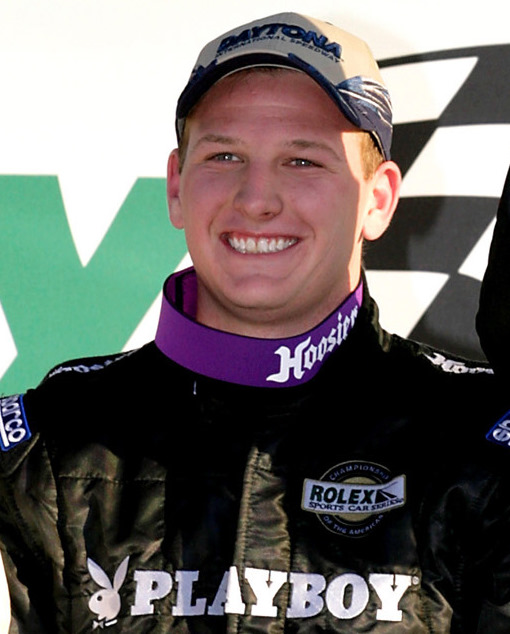 NASCAR driver Michael McDowell announced today that he has signed with JTG Daugherty Racing to race the #47 Toyota Camry entry in the 2009 NASCAR Nationwide Series. The #47 team, owned by Tad and Jodi Geschickter and Brad Daugherty, a former NBA all-star and current ESPN commentator, is scheduled to compete at the season opener at Daytona on February 14 and the next 15 races. The remaining races on the schedule are dependent upon sponsorship support.

"I know that I'm climbing into a competitive program based on JTG's on-track performance," said McDowell, a 24-year-old native of Phoenix, Ariz. "Tad has a great reputation in the garage and has done an excellent job delivering a return to his sponsors."

McDowell brings NASCAR Sprint Cup experience to JTG Daugherty, earning six Rookie of the Race honors in 20 starts during the 2008 season. The 2007 ARCA RE/MAX Series Rookie of the Year quickly rose through the NASCAR ranks after getting his start in open-wheel racing, which included the 2004 Star Mazda Series championship and a stint on the now-defunct Champ Car World Series. McDowell last raced in the Nationwide Series in 2007 with Michael Waltrip Racing.

Joining McDowell at JTG Daugherty is new Crew Chief Gene Nead, who previously was responsible for research and development at TRD-supported Bill Davis Racing. Nead brings significant experience to the #47 team, having won 17 races across NASCAR's three national series since 1992, including a Truck series championship.

Co-owner Tad Geschickter added, "We are happy to add Michael to the JTG Daugherty family. He is a promising young driver with a world of talent and we look forward to him consistently running up front. I am convinced that he will be a big part of our future success."