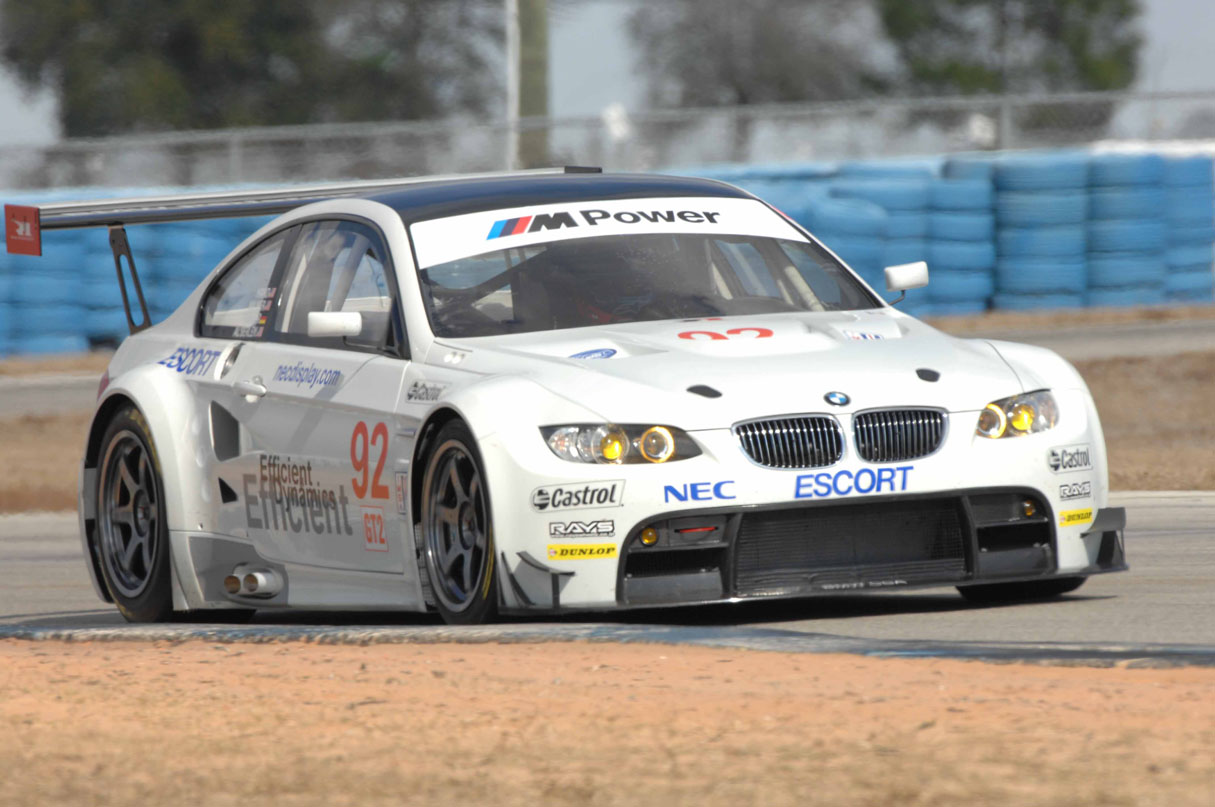 The official debut of BMW of North America’s newest racing program comes less than one year after the announcement of BMW’s return to ALMS competition was made at the Chicago Auto Show on February 11, 2008.

With final design changes made by BMW Motorsport following European and US testing, the new M3 race car was assembled by the BMW Rahal Letterman Racing Team crew over long days and late nights beginning in December. The M3 received its final homologation inspection on Wednesday, January 21.

The test will mark the first time drivers Bill Auberlen, Joey Hand, Tommy Milner and Dirk MÃ¼ller will drive the ALMS M3 and the very first time the three Americans will be behind the wheel of a fourth-generation race car.

“The race to the race track has ended and we are pleased to start the 2009 season," said Martin Birkmann, BMW of North America’s Motorsport Manager. “BMW is delighted to return to the track with the latest M3 bringing MPower back to ALMS competition. We are also pleased to introduce BMW EfficientDynamics to the North American motorsports community. Through BMW EfficientDynamics every part of every BMW is maximized for optimum performance and efficiency, whether maximizing mileage or MPower."

"The BMW Rahal Letterman Racing Team has worked extremely hard to get the new BMW M3 ready for the ALMS Winter Test and we expect to get a lot accomplished over the three days of testing," said team co-owner Bobby Rahal. "We are excited not only to get the cars and drivers on track together, but also to give the BMW fans their much-anticipated first look at the M3 race car."

BMW EfficientDynamics is a philosophy adopted by the BMW Group that drives everything the company does. All BMW road cars are designed to maximize efficiency while remaining true to the promise of “the Ultimate Driving Machine." Applied to the latest M3 GT2 race car, BMW EfficientDynamics makes more engine power by reducing internal friction to increase horsepower and reduce the cooling load. It is what BMW engineers can do with those gains that are at the heart of EfficientDynamics. The new M3 race car looks quite different than previous generations because BMW Motorsport was able to reduce the size of cooling openings and channel the air more efficiently, making the new racing car more aerodynamic. This car goes a few steps further by sealing drag inducing openings in the cockpit and incorporating a new “on-demand" air conditioning system. When the proper temperature is reached the system disengages to reduce parasitic losses. The power steering system is “corner-sensing", supplying assist when required, but disengaging when the car is straight.

Birkmann continues, “We look forward to educating the public, as well as our GT2 class competition, on the benefits of BMW EfficientDynamics." RLR PR