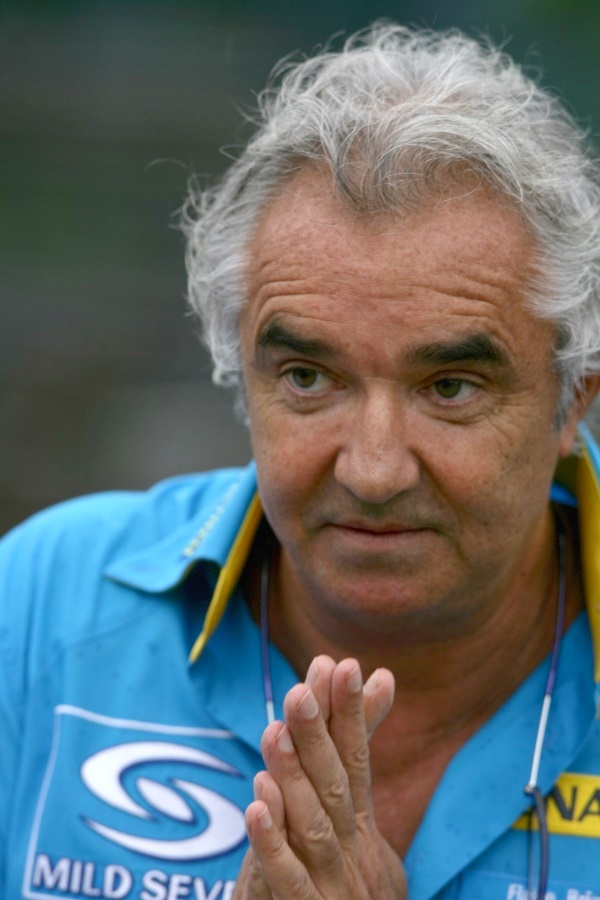 UPDATE Last month reports in Italian newspapers said that Renault Formula 1 team boss Flavio Briatore would continue as team boss for the team for another one or two years and then say goodbye to Formula One. According to the flamboyant Italian though he never said anything like that and he hasn't made any decision yet on his future in the sport.

Briatore, who entered Formula 1 back in 1989 as Benetton F1's commercial Director, told the official F1 site about his future plans in Formula 1: "My plan is – well I don't know really – and I never said that to the Italian newspapers. We are living in a very crucial moment in Formula One. I believe with this crisis we have something that makes everybody tick, and what I want is to make sure we give Formula One the possibility to survive this crisis – and to change the business.

"I think that we have a responsibility to the people working for us to give them a future. We have never had a moment like this in history and I want to be part of this change in Formula One. This is what I want to do, whatever it takes. It is a unique opportunity. After that we will see."

12/13/08 Asked by reporters if he would ever work for champions Ferrari, Briatore said: "I like to beat Ferrari but when my team doesn't win, being Italian, I obviously support Ferrari.

"But I don't think I will go to work at Maranello, especially as in two years I will stop."

"The new rules will make Formula One more exciting and human. I agree that the constructors, in order to try to avoid the crisis, have given a good example by trying new ideas."