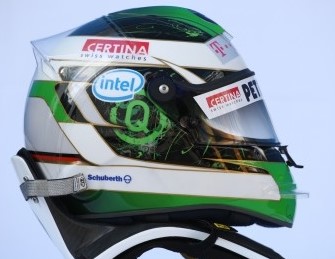 (GMM) Nick Heidfeld will race a new helmet livery in 2009.

The German driver, still seeking his first grand prix victory after nine seasons in formula one, showed off the revised colors as BMW-Sauber launched its 2009 contender at Valencia on Tuesday.

"I took my inspiration from a snowboard helmet that I saw when I was on holiday," Heidfeld told his official website.

"I wanted a somewhat more aggressive look," he explained. "Green makes quite a change, as none of the other F1 drivers sports a green helmet at the moment."