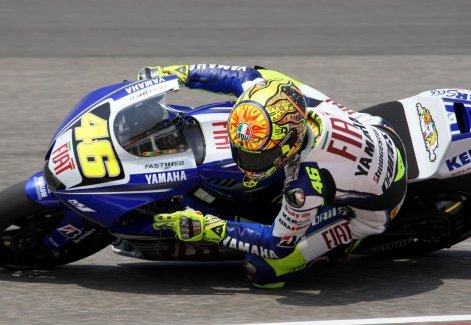 Under the terms of the deal, Rossi will earn an extra â‚¬500,000 should he win the 2009 World Championship. The Monster-Rossi accessory range has been released, with hat and helmet adorned with the three-scratch “M" logo.

Monster has moved its athlete endorsement from American rider John Hopkins, a sponsorship deal which helped reduce the cost a team had to incur to have Hopper riding with them.

It is believed Monster’s defection to Rossi means Hopkins is going to have to take a significant pay-cut. Hopkins raced for Kawasaki in 2008 but is yet to secure a ride for the 2009 MotoGP season.

An official statement regarding the sponsorship deal is expected this week.