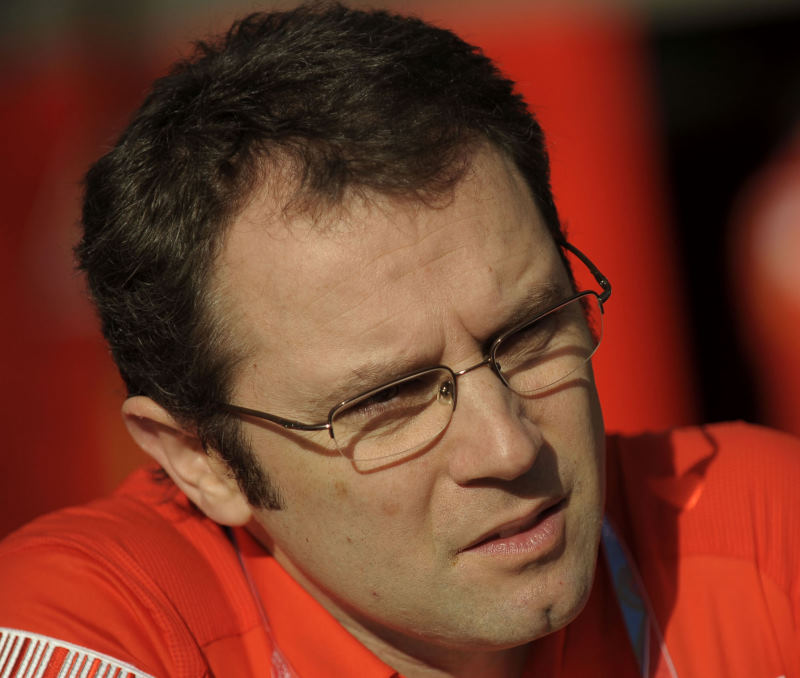 With Honda's loss and drastic cost-cutting, F1 may be feeling the pinch from the global economic downturn, Ferrari team principal Stefano Domenicali acknowledges, but it will come out the other side again 'stronger than ever'.

"We're optimistic even in this difficult period for the whole system," the Scuderia's team principal affirmed. "I'm convinced that when we manage to pass this critical situation Formula 1 will be stronger than it ever was.

"Ferrari stands in the front row to save Formula 1's scope; I think that under Luca di Montezemolo's presidency there has been a strong input as far as the future is concerned. The goals, the structures and the teams' realities are different, but we're all working for the good of all – that is why the teams are very united, which is a new element in this sport, considering that we are in a very particular period.

"Nobody wants to oppose the FIA, but there is a constructive logic, where everybody wants to have a strong and constructive voice, because we live Formula 1. In 2009 we've seen the impulse given by the teams and we could immediately find an agreement, which is very important. We're just at the beginning, and together with the technical development we're working every day on also improving the political aspects of Formula 1.

"What this sport needs now is great stability and to make clear which direction and future programs it will take, because those who invest in Formula 1 need to know where Formula 1 is heading. We have sponsors, who have been with us for a long time and who believe in racing. 2009 will be a dense year in terms of sport and politics.

"[The cuts are] different for every team. We're working with FOTA to determine if and how much we can reduce the costs. At best we can talk about percentages, because the organizational evaluations are different for the teams.

"It is clear the aim must be to do it in a way where it doesn't affect us from a technical point-of-view. Formula 1's re-organization must not touch the technological part but, as in our case, has to relate more to a contribution to production vehicles. The excesses of the past years have to be cut; now we have to understand how."

Domenicali also expressed his views on the lack of in-season testing that will be implemented from 2009 onwards, and the effect that may have on teams who are not fully up-to-speed come the start of the campaign Down Under in Melbourne with the Australian Grand Prix on 29 March.

"This is one of the most important points of the upcoming season," the 43-year-old underlined. "When we're heading for Australia we can't modify much. On Friday we can test what we want to use over the weekend; we might have to risk much more. If our car is competitive right from the beginning, it will be a decisive element in understanding where we are.

"The new approach will lead to a completely different interpretation of the race weekends. The drivers might have a more important role – if the systems work at 100 per cent, the drivers will have an extremely big delta performance, which will find its expression in tenths of a second.

"There will be new tires and the engine speed will be different – we have to understand how to deal with that in the best possible way – and then there are the new wings the drivers have to get used to. The drivers are facing a season in which they might have to give a bigger contribution, I think."