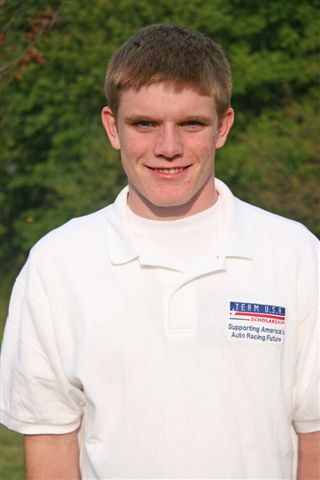 Daly, 16, from Noblesville, Ind., and Newgarden, 17, from Hendersonville, Tenn., will fly the Scholarship’s patriotic red, white and blue colors in the Formula Ford Festival at Brands Hatch, England, on the weekend of October 18/19, and the Walter Hayes Trophy Formula Ford event at Silverstone, England, two weeks later on November 1/2.

"Our Scholarship winners have competed in a wide variety of cars and series since the program was begun in 1990," says Team USA Scholarship founder and auto racing writer/broadcaster Jeremy Shaw. "This year, my fellow Scholarship supporters and I have identified Conor and Josef from among a wealth of talented youngsters. We believe this chance to contest two of the world’s most prestigious Formula Ford events – in the sport’s most widely respected developmental category – offers the most appropriate opportunity for them at this stage in their careers."

Daly and Newgarden have raced against each other regularly in recent years, firstly in the karting ranks and more recently in the BFGoodrich Skip Barber National Presented by Mazda. Indeed, the pair are separated by just five points at the head of the championship standings with just two races remaining at Virginia International Raceway next month.

"Being selected for the Team USA Scholarship really means a lot to me," says Daly. "I still don’t realize how big of a deal it is until I actually think about all the drivers who have been selected in the past and have gone on to be so successful! Going over to England to compete is going to be a very steep learning curve but ultimately a very good experience. I personally can’t wait to see how different the driving styles, techniques and race-craft differ from driving in the USA."

Adds Newgarden: "Being selected to compete in Europe is not only a tremendous honor, privilege and challenge but an enormous responsibility. I consider it not just my duty but my mission to represent the USA and this scholarship institution with the racing integrity it deserves. At this point in my career, the recognition from receiving this opportunity means everything to me. I expect to challenge myself and produce the ultimate result when competing for this year’s team at the two Formula Festivals in England."

The full lineup of Team USA Scholarship supporters will be announced shortly.