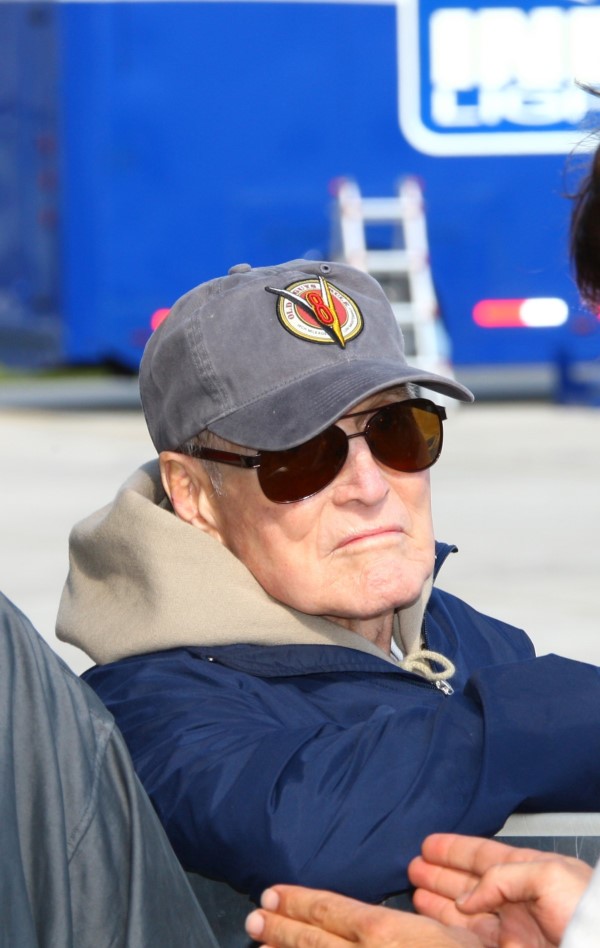 The bustling garage grew more crowded after Paul Newman stealthily entered to have a look-see and greet drivers Justin Wilson and Graham Rahal before the second day of testing at Homestead-Miami Speedway.

The Academy Award-winning actor, race car driver and the "N" in Newman/Haas/Lanigan Racing visited the racetrack to watch the drivers complete their initial preparation for the season-opening GAINSCO Auto Insurance Indy 300.

Newman recently signed a letter (along with fellow IndyCar Series team owner Roger Penske) that has been mailed to former Indianapolis 500 ticket holders, asking them to join him at the 92nd running May 25. It will be the first time since 1978 that the 500-Mile Race will be contested under a unified sanctioning body.

"I'm privileged to have three great owners who are racers at heart," said Wilson, who joined the team for 2008 after a three-year stint with RuSPORT in the Champ Car World Series. "They've been very supportive and made me feel welcome, which is quite an important part when you join a new team." IndyCar.com