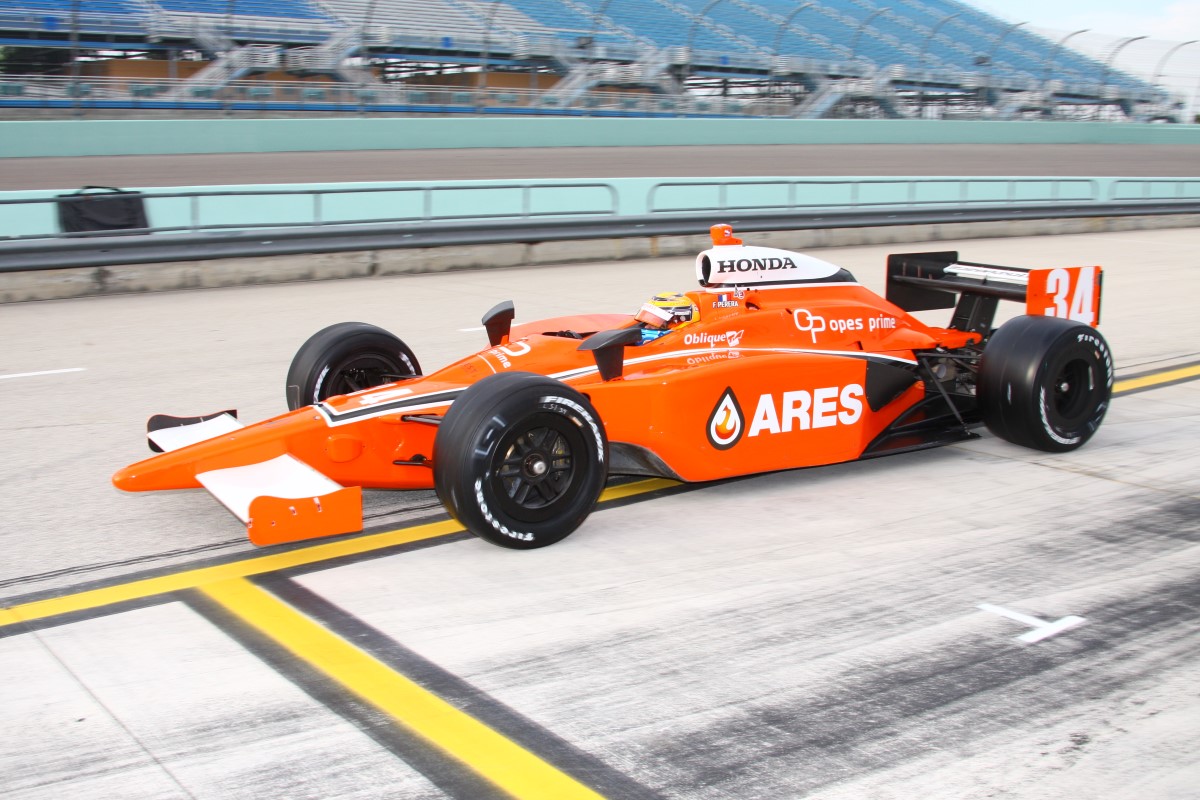 It was an all new experience for Conquest Racing’s Enrique Bernoldi and Franck Perera yesterday during day one of the two-day test at Homestead-Miami Speedway’s high-banked oval. And even though it felt like they were going back to racing school, the pair faired well in their maiden “left turn only" test.

The objective for day one: get comfortable with the new racing environment.

“It looks like I started racing just now," said Perera of his first oval experience. “It’s a completely new feeling in the car. It looks so easy when you watch on TV but it’s not. On a road course you always try to brake later, to have maximum speed in the corners. Here it’s always the same (left turns) but everything and anything can happen!"

Enrique Bernoldi added to his teammate’s comments: “It was interesting! This was something entirely new to me but I enjoyed it. We didn’t try to go fast at first, we were just trying to get used to an oval. Once my comfort level increased, we were able to work on the set-up a little bit. Overall I think for the first time on an oval it went well, we progressed during the whole session and it was a very positive day for us."

“It was like starting from scratch today," explained Eric Bachelart, owner of Conquest Racing. “We really wanted to get the drivers acclimated to an oval track. It’s not just to have them go out there and turn laps. We spent time talking about things like their position in the car, the placement of their headrest, discussing the driving techniques for an oval and what kind of sensations to look for on the track. Both Enrique and Franck progressed really well, as expected from such experienced, professional drivers. However, now that they have found a certain comfort level, today we will turn our attention to finding more speed in preparation for the race this weekend."

Perera’s fastest lap of 25.7620 seconds (207.515 mph) came on his 63rd of 79 laps and was only a fraction of a second behind his teammate Enrique Bernoldi. The Brazilian’s best lap of 25.6870 seconds (208.121 mph) was scored on his 40th of 54 laps. Bernoldi and Perera will now try to improve on these times when testing resumes at 4:00 p.m. today at Homestead-Miami Speedway. It will be their last chance to soak up some more experience before this weekend’s Gainsco Auto Insurance Indy 300 which gets underway on Friday.