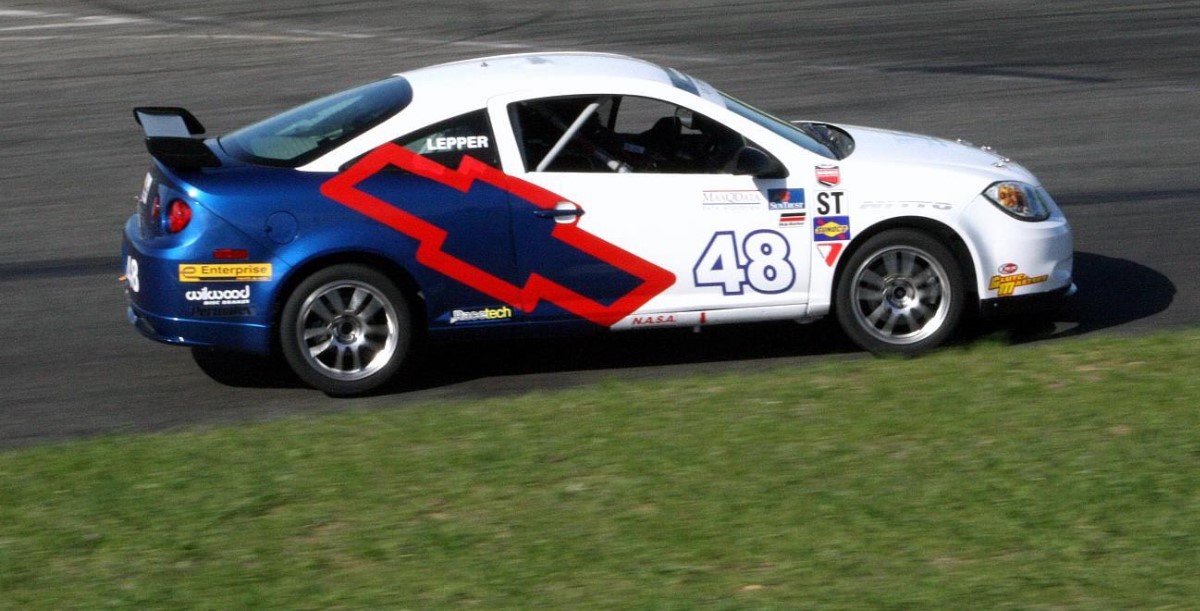 With Rojas's racecar out of commission, he was concerned about his quest in capturing the USTCC Championship. "I figured my season was over before it even began", said Rojas, “not scoring points in the first race of the season makes the rest of the season an uphill battle".

Graciously stepping in, Team Cobalt California offered Rojas a seat in their #48 machine, a 2008 Chevrolet Cobalt SS Turbocharged. "When Tom Lepper, team co-owner of Team Cobalt California, offered me the seat I could hardly believe my ears, and jumped at the chance to drive the General Motors supported car." said Rojas.

Having no practice time in the Cobalt SS, Rojas felt lucky to have secured 5th starting position in the March 9, 2008 Sunday qualifying session on Thunderhill’s 3 mile road course.

Rojas took the green flag during Sunday’s race and was able to work his way through the field to secure a 2nd place podium finish under tough and close racing conditions." Team Cobalt California’s Chevrolet Cobalt SS ran flawlessly today" said Rojas, “the car did everything I asked of it".

“Rojas had committed to run all the USTCC races", said Lepper. That is why I felt it important for him to have a competitive car to compete in the opening race". Car #48 was at the track to test for the upcoming Grand American Road Racing Koni Challenge series.

“The USTCC series is a great arena to test and tune the new turbocharged Cobalt SS", said Lepper. “Rojas did a great job of bringing the car in for a podium finish".