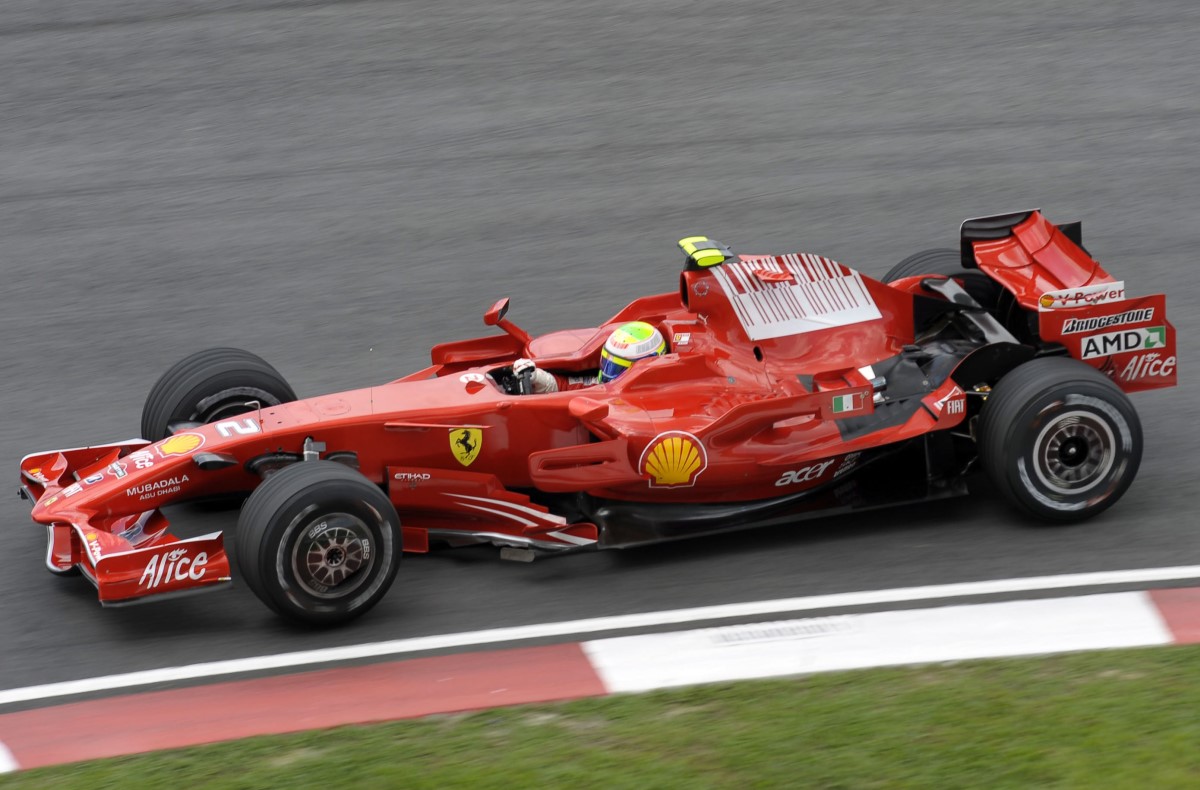 Ferrari started the practice for the Malaysian Grand Prix on top Friday morning session at Sepang with Felipe Massa and Kimi Raikkonen 1-2 in their Ferraris. Felipe Massa was fastest with a best lap of 1m35.392s, more than a second ahead of Raikkonen's best. Heikki Kovalainen's McLaren was third, just ahead of Nico Rosberg's Williams and Lewis Hamilton's McLaren, while the two Renaults were a further four-tenths behind with Fernando Alonso just faster than Nelson Piquet.

Robert Kubica was eighth fastest, ahead of Jenson Button and Jarno Trulli.

It was a session with much drama as David Coulthard's Red Bull broke its suspension over a curb and Mark Webber's similar car caught fire. There were a number of spins and offs – Kazuki Nakajima, Sebastian Vettel and Nick Heidfeld. Adrian Sutil also stopped on the circuit in his Force India.