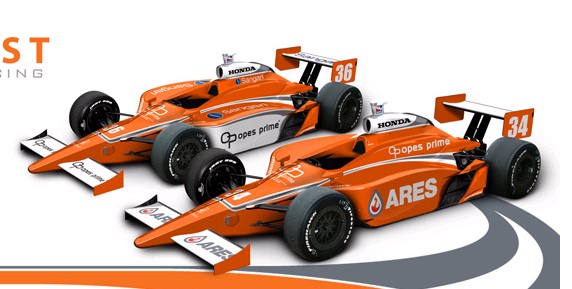 Sebring , Fla. – Since Conquest Racing took possession of their Dallara chassis, it’s been a grueling last few weeks for the team. Long days, short nights and even all-nighters were part of the regimen in order to make it to the first open-test in Sebring. And today, the mission was accomplished when Conquest Racing completed their first IndyCar Series laps of 2008 at Sebring International Raceway.

The day may not have gone quite as expected for the Indianapolis-based team, but the end result was nonetheless satisfying. Frenchman Franck Perera, who didn’t waste any time getting up to speed, recorded the third quickest time of the day on only his 18th lap. The 23-year-old posted a fast lap of 53.4917 seconds (112.391 mph) which was only half a second off of the quickest lap of the day, recorded by Will Power on his 59th lap. As for Perera’s teammate at Conquest Racing, Enrique Bernoldi, he didn’t turn as many laps, but was still able to shake down the car and get ready for the second day of testing which gets underway at 9:00 a.m. tomorrow morning.

“First of all I want to give credit to the group of guys working on this team who have done an outstanding job to get us here," expressed Eric Bachelart, owner of Conquest Racing. “Unfortunately the day was a little short for us because we received some last minute, defective parts that serve to attach the dampers to the car, so we spent time resolving that issue. However, once we took to the track, Franck was quickly up to speed in only a few laps. Enrique wasn’t as fortunate and didn’t get as much track time but now that everything is set, and if the weather holds up, we will be on track when it goes green in the morning for a full day of testing."

The weather forecast calls for showers tomorrow when the IndyCar Series teams return to the 1.66 mile ‘short course’ at Sebring International Raceway for the final day of the two-day test.