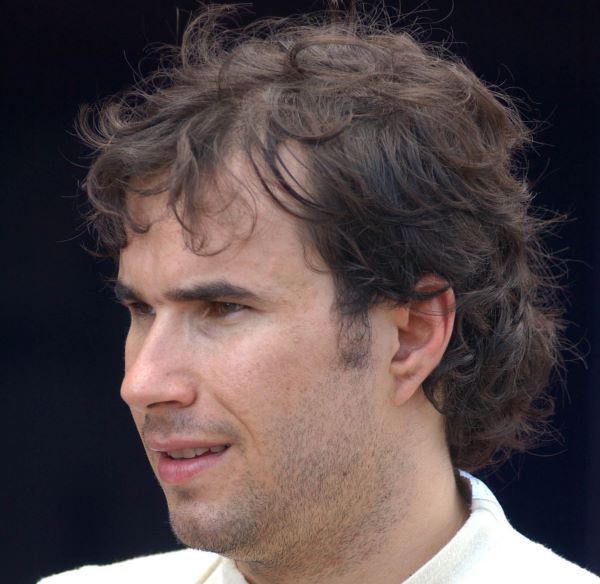 Conquest Racing is set for the 2008 IndyCarÂ® Series season with today’s announcement that the team has signed former Formula 1 driver, Brazilian Enrique Bernoldi, as a teammate to Frenchman Franck Perera who was confirmed last month.

Bernoldi will be making his debut in the IndyCar Series this season and will get his first taste of the #36 Honda/Dallara/Firestone Conquest entry tomorrow at Sebring International Raceway.

“I am very happy to be joining Conquest Racing. I think we have an interesting season ahead of us," expressed Bernoldi. “At the beginning, we will have to learn a lot because it is a new car for the team and for me and especially to race on ovals which I never did, but it will be interesting. I’m very motivated and I think we will do a good job. Having Eric (Bachelart) here helps as well because as an ex-driver he understands more what the driver needs. It is a very positive relationship with him and everybody on the team. I look forward to testing the car this week, and even if it is a little late being one week away from the first race, everybody’s target is to learn quickly and be competitive through the season."

“Enrique is a great addition to the Conquest Racing team and his vast experience in motor racing will be beneficial to us as we make the transition to the IndyCar Series," said Eric Bachelart, owner of Conquest Racing. “We’re delighted to have him join the team. He has adapted well and was competitive in all the forms of racing he has done and I am certain that he will be up to speed quickly, as will Franck, with the Dallara."

“I think Enrique and Franck will make a great duo," added Anthony Blumberg of Opes Prime, co-owner of Conquest Racing. “When you add these two exceptionally talented drivers to the team that Eric has put in place, I feel Conquest Racing will surprise a few people this year in the ‘new’ IndyCar Series."

Bernoldi, a 29 year-old from Curitiba, Brazil started his career, like many, in karting where he captured numerous titles before moving to Europe and claiming the Formula Renault 2000 Eurocup Series Championship in 1996. His championship allowed him to graduate to British F3 where he had two successful seasons which included seven victories and a runner-up position in the 1998 Championship. He then spent two years in F3000, all while getting his first taste of Formula 1 as a test driver for Sauber. In 2001, he signed on with the Arrows Formula 1 team making 28 starts over his two seasons with them. In 2003, he earned two wins and five podium finishes in the Formula Nissan World Series as well as two wins and seven podiums in 2004 while finishing third in the Championship before returning as a Formula 1 test driver with BAR in 2004 and 2005. Recently, Bernoldi competed in the StockCar Brasil series and participated in the Argentinean TC2000.

Entering their 12th season in open-wheel racing, Conquest Racing can count on the support of Opes Prime, an Australian unlisted public company that provides a range of financial services and products for high net worth individuals, stockbrokers and financial advisors, asset managers, banks and other firms.

The team has also entered into a primary partnership with Automated Response Fire Extinguisher System (ARES), who produce a fire extinguisher system that automatically extinguishes fires in cars, planes, boats and installations where damage can be costly or human life is at risk.

The Indianapolis-based team will take their #34 and #36 Honda/Dallara/Firestone cars for their first laps on Wednesday at Sebring International Raceway in the first of two two-day tests for the transitioning Champ Car teams. The season gets underway at Homestead-Miami Speedway on March 29th.