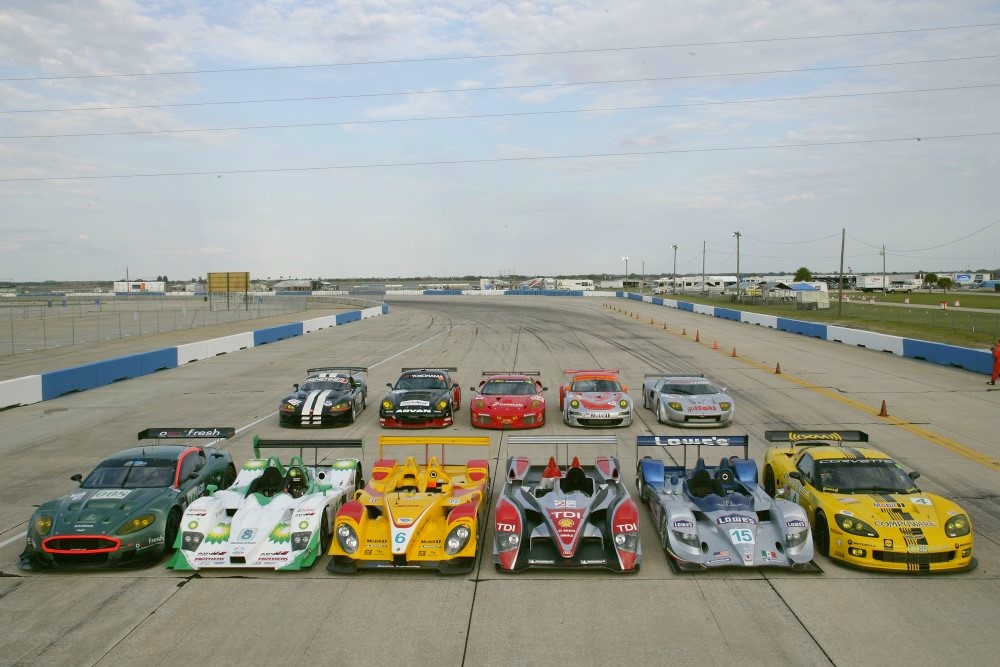 The American Le Mans Series boasts more auto manufacturers involved in its series than any other series in the world. Aligned for its annual inaugural race of the year, the Mobil Twelve Hours of Sebring, are 10 manufacturers that will see action in this year’s endurance classic.

There are 34 teams on the opening grid for the 56th running of the Mobil 1 Twelve Hours of Sebring presented by Fresh from Florida, March 15 at Sebring International Raceway.

Porsche builds both a prototype and grand touring race car and ,consequently, is entered in two classes – LMP2 and GT2. Aston Martin and Corvette have cars in both GT1 and GT2 class. In addition, French-made Peugeot has entered a diesel race car at Sebring. BMW also recently announced a full-season factory effort under the tutelage of Rahal Letterman Racing which begins in 2009.