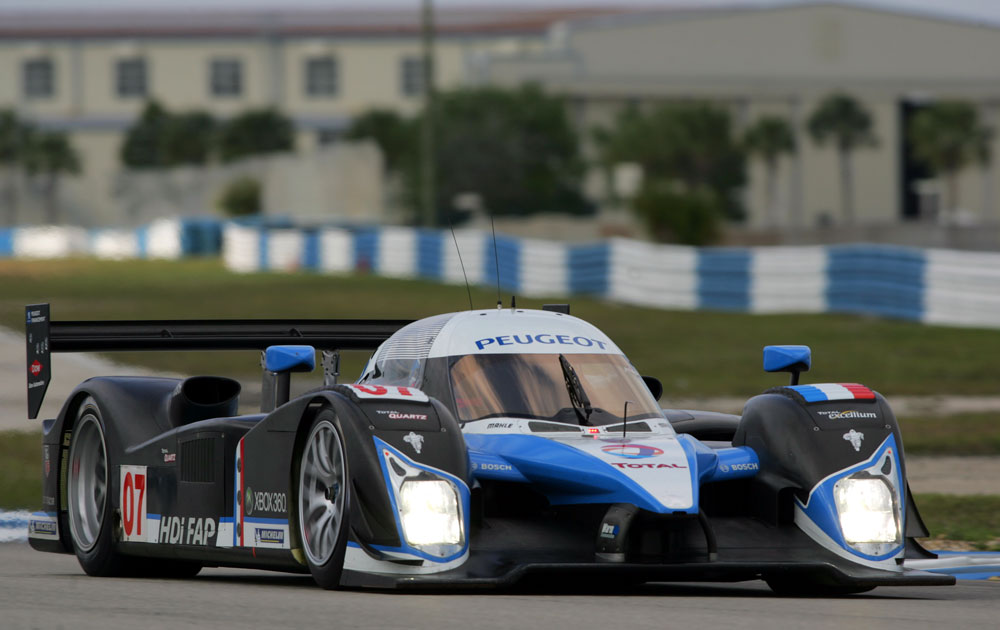 Some early observations from Sebring where the ALMS teams have gathered in preparation for Saturday's 12 Hours of Sebring race.

The Peugeot is just incredible through the bumps; they seem to be learning well. Audi takes them pretty seriously, too. IMSA's tech guys tell us that under all that obfuscating black paint, the front aero of a 2008 R10 looks a lot more like a 2007 Peugeot than it does a 2007 R10. You know what they say about imitation and flattery.

Apparently Audi has also taken the modular approach well beyond the now-famous gearbox swap in the R8; the entire tub can now be swapped out without disconnecting a single oil or water line. They had to do so after one of them had an incident on Monday.

This is shaping up to be a whale of a race.