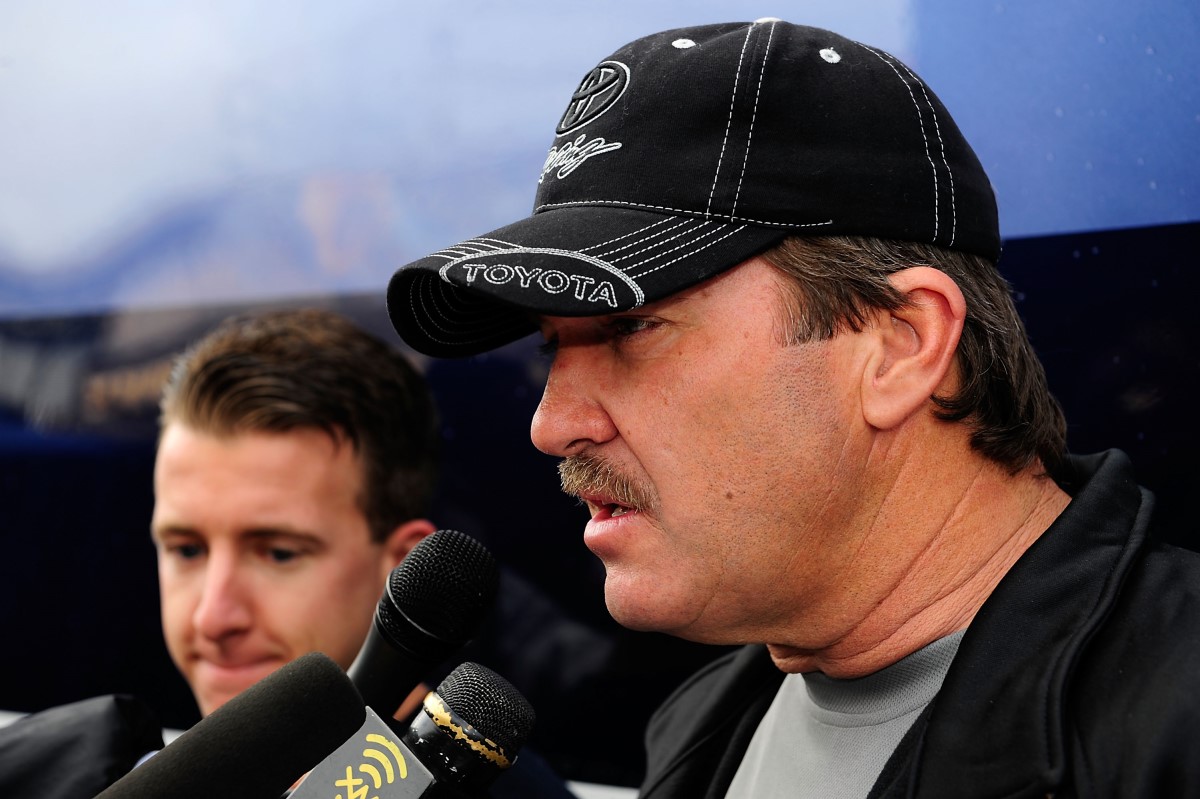 Are you happy with your performance tonight and getting the car in the race?
“That was our first and foremost mission — to make the race, but we have a long ways to go with this car. There is a great group of guys here and I feel like we made gains today, but we have a lot more gains to make. That is not our goal — to come here and qualify in the back. So we are just going to work really hard and hopefully — I know we aren’t going to get to test before Bristol — but hopefully we can go and do a little testing before Martinsville and maybe a little bit more before Texas. Maybe we can go somewhere like Kentucky or somewhere. Our first goal was accomplished so now we have to try to keep fenders on and build on it."

How did the car feel from practice to qualifying?
“I thought we could probably make the race. I know everybody stepped it up an awful lot out there, but the car was all over the race track. We never did get the car down solid in the racetrack. I got it pointed one time off of two there and it felt pretty good. Then I got down there in three and four and the thing jumped sideways in the middle of the corner. It is just really, really hard to predict what it is going to do right now. These guys are going to work hard on it. We have some really good people and good engineers. I just have to get to know them a little bit so I know what language to speak." This is the second week in a row that you basically step into a new car and get it into the race.

Are people going to start calling on you if they need to get cars in the race?
“Unless it says Toyota on the back, I’m not going to be driving it. I have a great deal with Toyota and the Tundra brand and the TRD (Toyota Racing Development) folks. I bleed Toyota through and through and if it doesn’t say Toyota I probably won’t be driving it."