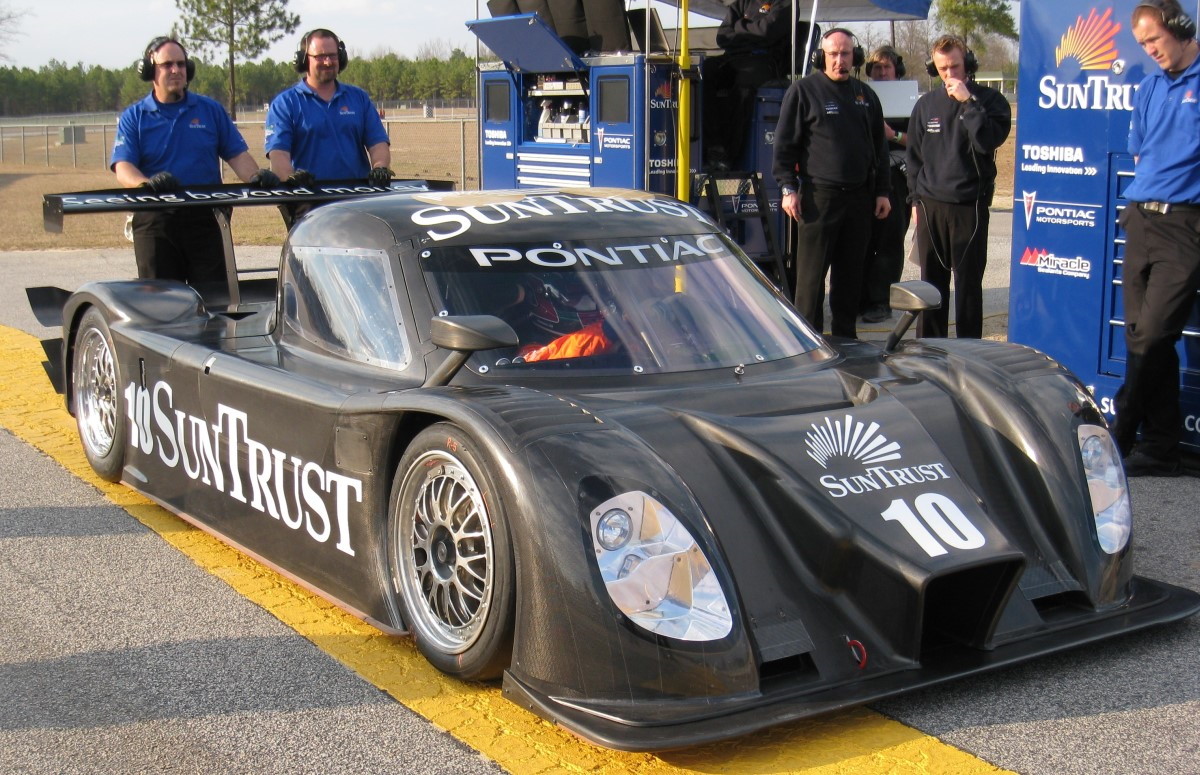 This first test run marks a significant moment for the Dallara company as they return to competition as a sportscar constructor. The 3 day test which was in preparation for the upcoming first event in Homestead was conducted by Wayne Taylor Racing, the official Dallara development team and Doran Racing who ran a Dallara bodied Doran chassis. Dallara personnel were on hand to assist and deal with any issues that might have occurred.

The new car which is the result of significant investment in time and resources is being raced by Wayne Taylor Racing for sponsor SunTrust Banks, Inc and Doran Racing in the 2008 Grand Am Daytona Prototype championship.

Andrea Toso – Dallara’s Head of R&D and man in charge of the Dallara Grand Am project
“The test has been really a pleasure. It’s been smooth – incredibly smooth. We put a lot of mileage on the car and the drivers are happy with the aero package. The car is very stable. It’s a great result to end up the test with no real problems. We’ll see what the performance will be like at Homestead. You never know, but I’m confident that they will finish the race, and they can finish the race strongly."

Wayne Taylor – Team Principal and Driver for the No. 10 SunTrust Pontiac Dallara
“I’m very happy because, basically, Max’s (Max Angelelli) first words out of the car, and Michael’s (Michael Valiante), were identical. Both of them felt that the car has very good aero balance and both felt that the car gave confidence. I did some laps this morning and I confirmed the same feedback. The shakedown and test of a new car is always full of uncertainty. You just don’t know what you are going to get. But, after the last three days, I think we’ve got something pretty good that we can now work with. Obviously, we’ll have to go through all the little teething things that you’ve got to go through with a new car. And this isn’t the best race track to be testing on because it’s very abrasive and it’s really a difficult track to work on balance issues. But it did the job for us right now. Overall, I think everybody is pretty upbeat because everything’s been really good."

Kevin Doran Team Principal Doran Racing
‘We have fitted the 2008 Dallara body onto the old Doran chassis and it has made a fantastically looking car. Our first shake down runs were uneventful and showed great potential for the new Dallara. I am very much looking forward to seeing if we can rejoin the Grand Am Daytona prototype fight closer to the front of the grid.’

Testing gets underway on Monday, March 10 with two sessions on the 2.238-mile permanent road circuit at Mazda Raceway Laguna Seca. The first session will run from 10 a.m. to 1 p.m. PT, followed by a second session from 2 to 5 p.m. Tuesday’s testing activities will run from 8:30 a.m. to 12 p.m., as well as from 1 to 5 p.m. Members of the media are invited to attend Spring Training on both days.