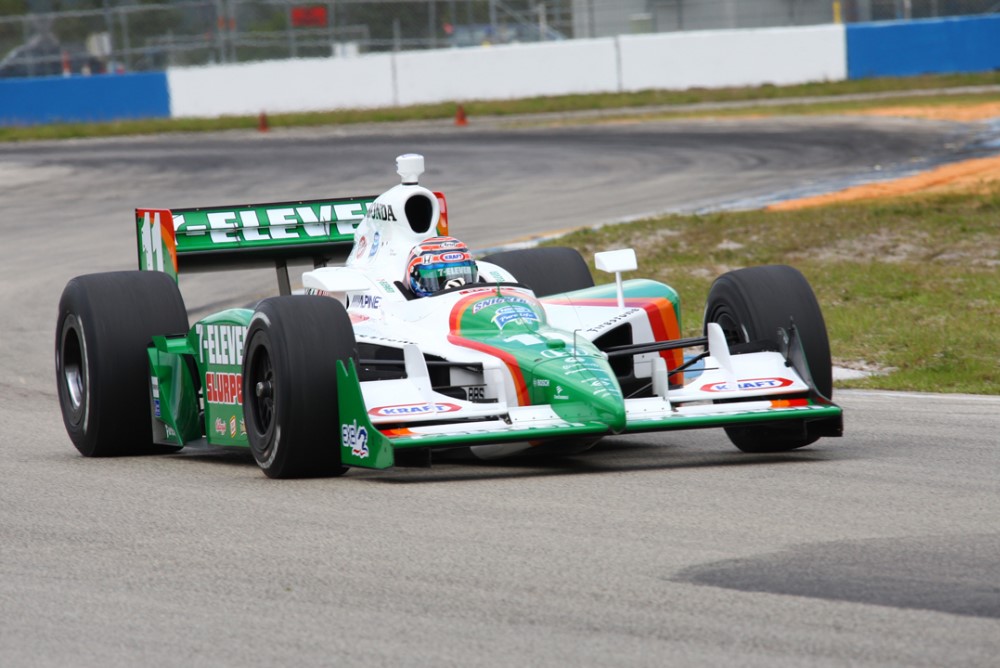 Tony Kanaan made it two-for-two, topping the speed chart for the second consecutive day during an IndyCar Series Open Test at Sebring International Raceway. Nine drivers tested March 3-4. A second group of nine will test on the circuit's 11-turn, 1.7-mile circuit March 5-6. [Editor's Note: The IndyCars are a pitiful 3 seconds per lap slower than the Champ Cars were recently.]

Kanaan took over the top position on the speed chart from teammate Hideki Mutoh with less than 15 minutes remaining in the day and then topped things off with his fastest lap as the checkered flag waved. Kanaan's 124th lap came in at 52.8609 seconds, 113.732 mph.

"The car got a lot better," Kanaan said. "We made huge improvements during the day. I gave some of my stuff to Hideki and to Marco (Andretti) and to Danica (Patrick), and I got some stuff from Hideki. Actually, the last change that we made on my car was something that he tried and he liked it, so I've got to thank him for that.

"It was a great couple of days for me. After Homestead, where I had a rough test, it's good to come out of here knowing that we got the job done. I have a lot of responsibility on my back right now with this team. I don't mind, but it's definitely a relief. Everything that was on the list, we got it done."

Mutoh and Andretti swapped positions from the previous day when Andretti was second fastest and Mutoh was third.