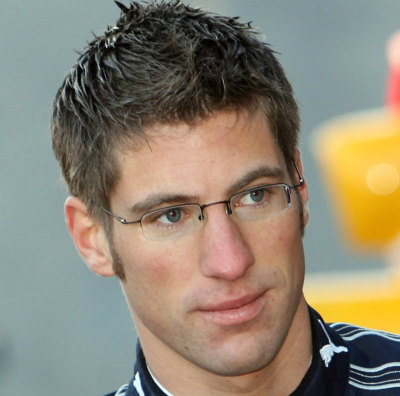 A1 Team Germany has recalled Michael Ammermuller to its squad for this weekend’s races in Eastern Creek, Australia.

Christian Vietoris became A1GP’s youngest ever winner with his win in the Feature race in Taupo, however despite such a strong performance, the team’s Zhuhai Sprint race winner Ammermuller will return to race instead.

The strategy of changing around winning drivers is reminiscent of the one A1 Team France used on its way to the 2005/06 title, when Alexandre Premat and Nicolas Lapierre were swapped every meeting, regardless of whether they had finished on the top step of the podium.

It is in stark contrast to the strategy Germany itself used to win last season’s title, when Nico Hulkenberg drove the all but two of the races himself.

‘It’s great that we’re in such good form,’ said Ammermuller. ‘We’ve got ideal prerequisites: the car is good, the right people with the right attitude are working in the team – so I’m seeing the best opportunities for success.

‘I don’t know Eastern Creek at all. While this may sound like a disadvantage, it doesn’t necessarily have to be one. As Zhuhai most recently showed, I can adjust to new circuits very quickly, and even win there. Coming here with my A1GP victory from China in my pocket gives me a good feeling.’

Ammermuller will be joined by a new rookie in Australia. Even though the 21-year-old is still eligible to participate in the session, the team has opted to try out Michael Klein, who won the trophy class of the German Formula Three championship in 2007.