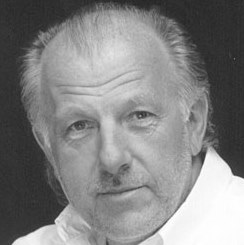 Dave Richards has questioned whether the F1 teams could operate under a budget cap after Max Mosley announced he was pushing ahead with the plans. As of next season Mosley would like to see all the teams have their annual expenditure capped, excluding the cost of engines, driver salaries and funds used for marketing and promotion. The proposal has won the support of most F1 teams and the FIA President is confident that it can be pulled off, even going as far as to predict that F1's costs will be halved.

"Ideally I want to bring budgets back to where they were in the early 1990s," he said. The total turnover of all the F1 teams is between two and three billion euros – I will be disappointed if we can't halve that."

However, Prodrive boss Richards says he doubts a budget cap in viable.

"I don't believe it is going to work," he told Autosport. "I don't think it is a viable proposition. I have seen it in Australia where it has been abandoned. Maybe it plays to my strengths because I started life as an accountant, but I got out of accountancy to go into motor racing and I don't want to go back there. I think budget capping is an excuse for poor technical regulations. With proper technical controls, you should be able to manage the costs of F1. It is also about sporting regulations as well.

"It is a bit like a government trying to control a situation through measures that are inappropriate. At the end of the day, you should make sure in motorsport that there is a level playing field as best you can. But you cannot fight market forces and try and artificially influence that the best guys aren't going to come to the front."