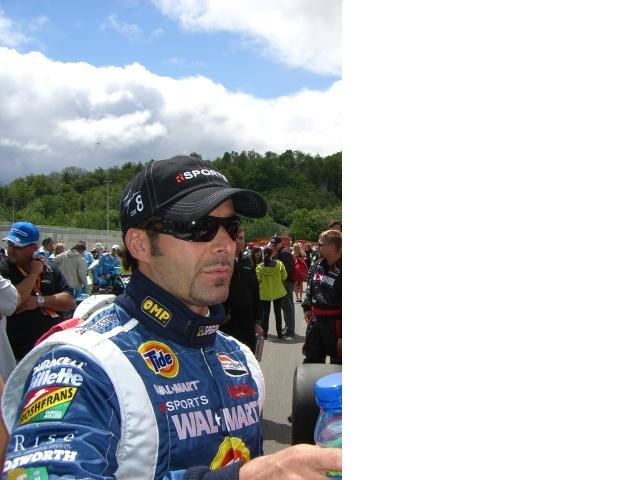 Tagliani has finished in the top-10 in the championship race six times (the last six consecutive seasons) during his eight-year Champ Car career placing a career best seventh in 2004 and 2005. The 35-year-old native of Montreal, Quebec, Canada has recorded 70 top-10 finishes including 32 top-five showings, 14 podiums performances, one win (Road America 2004) and five poles in 131 career starts.

“Alex is a very competitive and capable driver that has consistently placed among the leaders in races and the championship standings over the years," said Johnson. “Testing Alex in Sebring will give PKV Racing an opportunity to receive the benefit of his experience as we work through the various projects we have for this test. In addition, it will give us a chance to see how Alex meshes with our team as we proceed with our search for a second driver."

“I am very excited and grateful for the opportunity to test with PKV Racing. It’s a first class organization," said Tagliani. “This is a team that is capable of winning the championship this year and it would be a dream come true for me to be with PKV in 2008. I think I can help them get to the top of the standings, but first things first and that is to do get our work done and have a good test in Sebring. After that we will see where things go from there."

Earlier this month PKV Racing announced that Oriol Servia, who competed for PKV Racing in the last two events of 2007 and during the 2006 season, would pilot one of two entries the team will field for the 2008 Champ Car World Series season. The 33-year-old native of Pals, Catalonia, Spain, will be contesting his ninth Champ Cars season. He has placed in the top-10 in the championship standings in four of the past five seasons including a career high second place showing in 2005.