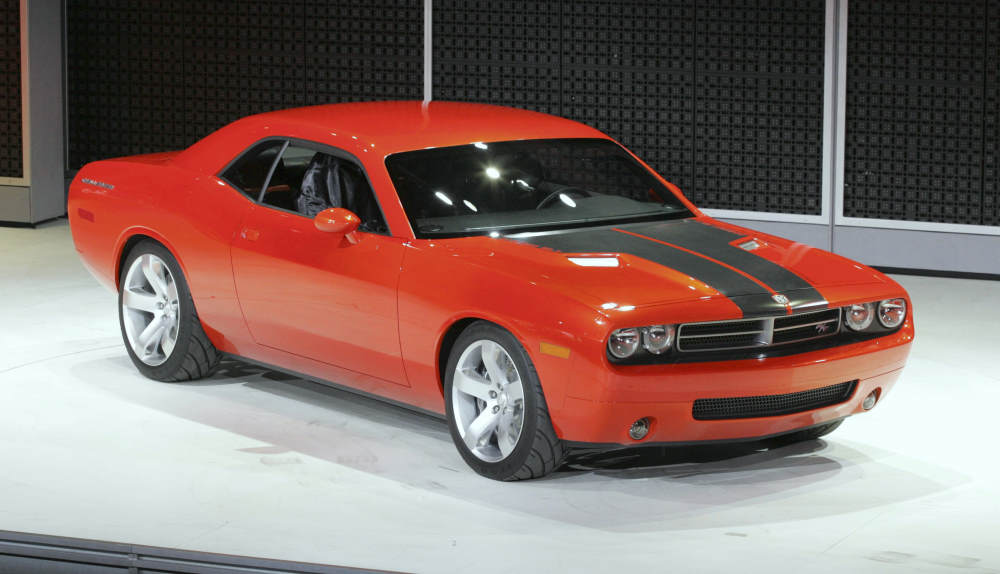 Dodge decided to "hit it" on big money day here at the big Barrett Jackson auction by dropping the very first 2008 Dodge Challenger SRT8 on to the auction block to watch as it sold for $400,000 with the proceeds going to charity. But strangely enough, despite now running the new Challenger without cover on the highways and byways of Metro Detroit, the PR folks with Chrysler decided to only bring the concept version here to Barrett-Jackson.