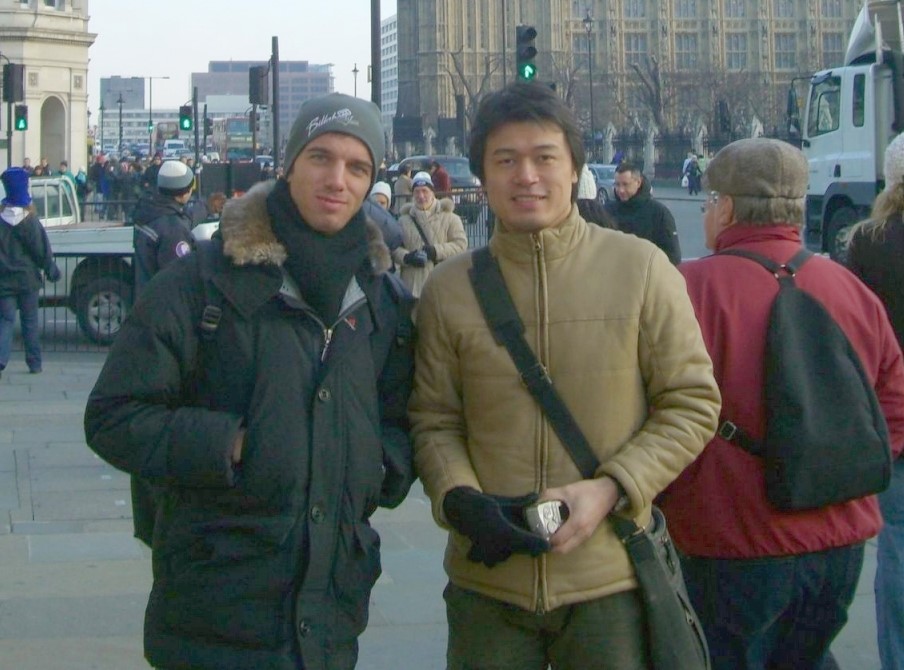 Taking every part of his new assignment as a MotoGP rider with the utmost seriousness, Gresini Honda rookie Alex de Angelis has been addressing some off-track responsibilities during the test embargo period.

Aware of the importance of clear communication in the quest to set-up the Honda RC212V to his exact requirements, San Marino’s favorite son has been undergoing an intensive English language program in preparation for his first season in the premier class and the increased press demands that said move entails.

“In 250 cc class I could do my job without speaking English; everybody spoke Italian and it was easy for me," explained the former Aprilia man, who conducted English language press conferences through a translator during his time in the quarter liter class."

“Now, with the switch to MotoGP, I realized that I couldn’t do without. Since the first test in Valencia I realized that communication in the garage with the HRC Japanese Engineers -as well as with the Bridgestone technicians- is in English, and if I don’t know the language then this could interfere also with my race results.

“Moreover, moving to MotoGP means that speaking English has become a part of my professional life; I need to speak English for the sponsors and the international media. So I decided to do an intensive course: 4 weeks in Canterbury, near London. I’m studying in a college seven hours a day and I stay with an English host family," revealed the rider who finished third in the 2007 250cc World Championship.

“At the beginning it was tough. I didn’t know a word, but now at least I understand. I have improved a lot but it’s not easy to learn a foreign language in a month! I will go back for Christmas and then I will come back in January for another week before the test."

It will be precisely the 24th of December that De Angelis, less than a month away from the resumption of testing in Malaysia. Early rides have been encouraging for the Gresini Honda newcomer, although he is aware that the season preparations will step up a gear come January 22nd.

“We will start working with the new bike, focusing on all the aspects. From the learning approach used for the first two tests, we will now start to make our work more focused on preparation for the championship. The team is very good, I have good support and I think that together we can start this new challenge in the best way," he explained, eager to line up alongside team-mate Shinya Nakano for further understanding of the Bridgestone-shod Honda machine.

“I won’t treat 2008 as a learning year. I’m motivated for race-by-race improvement; this is my goal. I want to give my best out there every Sunday and improve my results," concluded De Angelis.