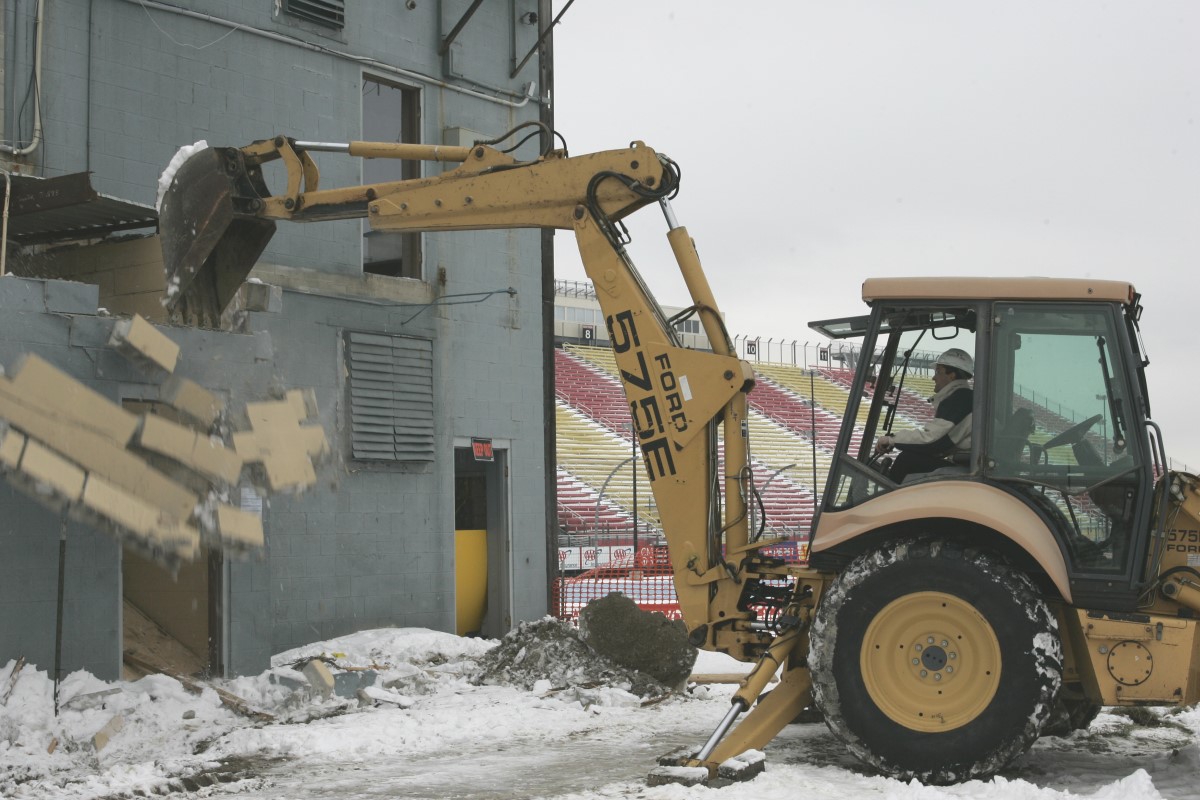 Another chapter in the storied history of Watkins Glen International came to a close when Craig Rust, President of WGI, began the demolition of the historic road course’s iconic Press Tower during a ceremony this afternoon. Members of the WGI staff and local media also took turns leaving their final “mark" on the building – with the use of a sledge hammer. The demolition of the Press Tower is segueing for a new state-of-the-art Media Center, which is expected to be completed in June of 2008.

The Press Tower has been one of the most recognizable landmarks at The Soul of American Road Racing since its construction in 1971. With the loss of the Glen Club in early 2007, the Press Tower became the second oldest structure at The Glen behind the Main Operations Building. The 4,000-square foot building was part of a modernization project requested by Formula 1 that included widening the road surface of the entire track, relocating the start-finish line and building new pits and garage. The original structure also housed timing and scoring for The Glen until 2006 when Race Control was added to the top of the FrontStretch Grandstand. Over the course of its over 35 year history, the Press Tower hosted national and international media and officials from virtually every major racing series including NASCAR, IndyCar, Grand-Am, Formula 1, CART, Trans-Am, Can-Am, IMSA and SCCA.

The new Media Center will not be placed in the same location as the former Press Tower. Groundbreaking began on Monday, and the crew is in the process of pouring the concrete footers on the foundation of the new building. The building will be located approximately 100-150 feet east of the old press tower, in an area previously used for high-end team recreational vehicles (RV’s), known as the Newel RV lot. Artist renderings of the new building are being finalized and are expected to be released in mid-January.