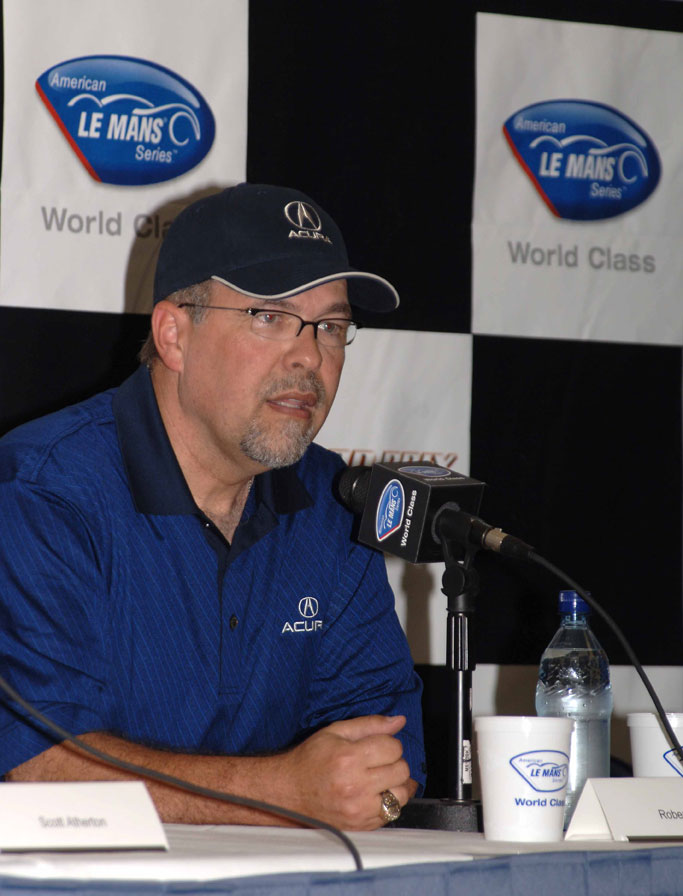 While we still could grab him, Honda Performance Development president Robert Clarke fielded some questions regarding the 2007 and 2008 IndyCar Series seasons. American Honda Motor Co., Inc. announced that effective Jan. 1, 2008, Clarke will move to a new executive advisory role at HPD, a position he will hold until his retirement from Honda on June 30.

Q: Will multiple fuel settings return for the 2008 season?

A: We would like to return to a multiple fuel-setting option for the teams as it does provide for more strategic choices, but having only a single setting for much of the '07 season did not seem to adversely affect competition. This is an ongoing topic of discussion we're having with IndyCar Series officials and any change made in that direction will only take place if we're all in agreement.

Q: What is the target mileage between rebuilds for 2008?

A: Once again, we're looking at a minimum of 1,400 miles between engine rebuilds.

Q: Is there anything cooking at HPD in regards to the IndyCar Series program for the immediate future (like last year with more torque for road courses, 3.5-liter engine to accommodate ethanol)?

A: We're always looking at detail improvements in both performance and reliability. Probably the most noticeable change for 2008 will be our continuing effort to improve the sound of the engine, making the exhaust note a bit less "hard" on the ears of newcomers, while still maintaining the traditional IndyCar sound.

Although it does not affect the engine performance per se, the application of paddle shift to the IndyCars will require a significant amount of coordination on our part. Some throttle hardware modifications are required as well as tuning of the ECU software settings to assure smooth, quick and accurate shifts.

Q: Cost targets were lower for the 2007 season? With 16 races for '08, will the engine program cost to teams be further reduced or about the same as '07?

A: Final costs for 2008 have yet to be determined, and will be based, as before, on total miles driven in testing and race weekends. Delivering a quality product and service is our first priority, but we are always striving to give all teams the best overall value we can. IndyCar.com