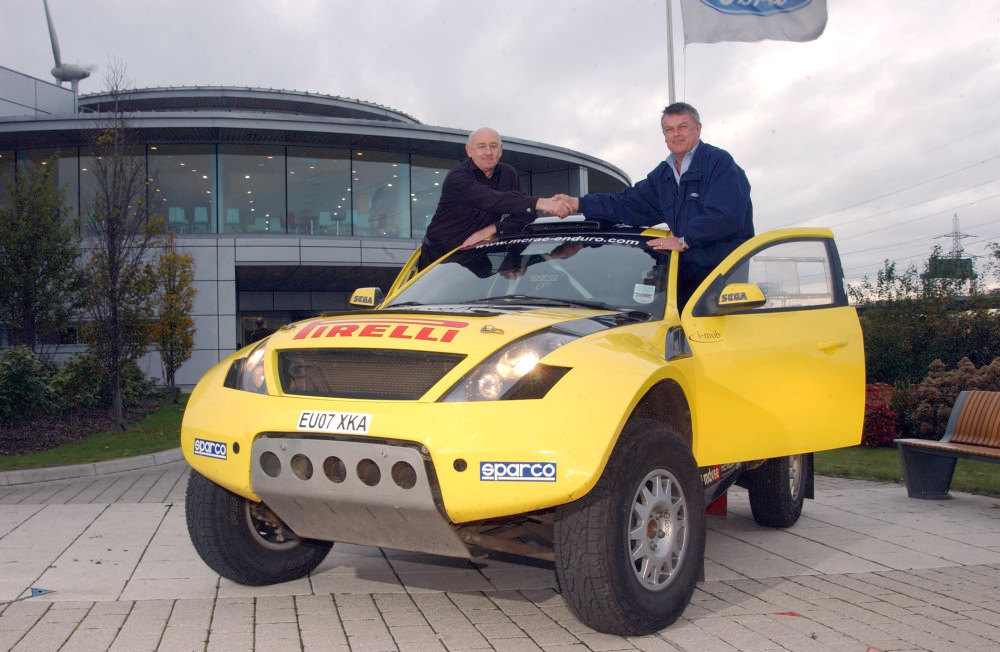 The McRae Enduro rally car, powered by a Ford-assembled engine, has won the prestigious ‘Idea of the Year’ at the 2007 Autocar Awards, and been dedicated to the late Colin McRae by the team behind it.

The rally car, which will be competing in races including the 6,000 km cross-Saharan Dakar Rally, is powered by a 2.7–liter V6 turbo, 220 horsepower diesel engine built at the Ford Dagenham Diesel Centre in Essex.

The award was announced by Chas Hallett, Autocar’s editor to an audience of 480 global motor industry leaders and celebrities.

Receiving the award, Christopher Bibb, commercial director for the McRae Enduro operation based at Bradwell-on-Sea in Essex, said: "Rally driver Alister McRae, the younger brother of Colin, is our chief test driver."

"As soon as testing started, Colin was keen to drive the Enduro, but for many reasons that never quite happened, and sadly now never will. We therefore dedicate our award to Colin McRae – one of Britain's greatest sportsmen."

Chris Harrison, director of Ford Component Sales, said: "As the supplier of the engine and other Ford components, we are proud to be associated with the Enduro.

"With an extensive portfolio of more than 100,000 components in Europe alone, Ford Component Sales offers an extremely attractive package to smaller companies.

"It makes sense for low-volume manufacturers to use the resources of a global giant by dipping into its extensive parts bin. Design and development costs are kept to a minimum, and reliability and quality at competitive prices are assured."

The car has been designed by the McRae Enduro team, and the Ford engine transfers 220 horsepower through a six-speed manual ZF gearbox to the full-time four-wheel-drive system.

The prototype has over 12,000 kilometers in testing and will compete in its first event, the Saudi Arabia Baja, in February next year.