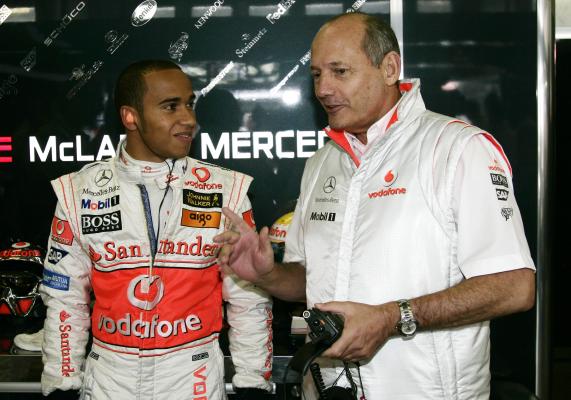 (GMM) Lewis Hamilton hopes politics play a much smaller role in the 2008 season.

This year's championship runner-up and rookie admits to becoming "frustrated" as espionage scandals and his rocky relationship with Fernando Alonso took centre stage in 2007.

The British tabloid Daily Express quotes Hamilton, 22, as hoping for "a much smoother" second season on the grid.

"(The 2007 season) has been an amazing rollercoaster and I am very happy and proud to have been part of it. But in terms of all the politics, it has been frustrating in that sense.

"I am just a racer," said the Briton, who is still waiting to know if his 2008 car will be declared legal by the FIA.

Hamilton said it is impossible to avoid politics in formula one.

"That comes with the whole game and you just have to deal with it in the best way you can. Hopefully next year we will have a much smoother year and can have fun," he added.

He said he hoped his team, McLaren, is able to focus fully on the challenge of next year, despite the tumultuous 2007 season and the persisting effects of the famous 'Stepneygate' saga.

"My concern is that the concentration and determination of the team is not affected.

"I just hope they keep in mind that we still are the best and can win the championship," Hamilton added.