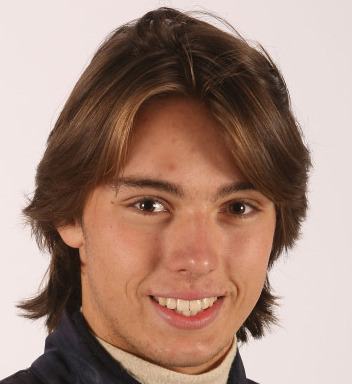 After more than 300 starts, seven team and driver championships and 49 victories in various forms of motorsport all over the world, Eurointernational today announced its first foray into the Cooper Tires Presents The Champ Car Atlantic Championship Powered by Mazda. The team will field an entry for Italian driver Edoardo Piscopo, who will celebrate his 20th birthday a few months prior to the season-opening Toyota Grand Prix of Long Beach.

The team, owned by Antonio Ferrari, purchased all of the assets of Alan Sciuto Racing—which contested the 2007 Atlantic series—and brings an impressive track record into Atlantic competition. The team was founded in 1989 and made its first appearance with driver Davy Jones in the Indianapolis 500.

Through 1994, Eurointernational competed in the Champ Car World Series and the Indianapolis 500 with drivers Mike Groff, Jovy Marcelo, Christian Danner, Andrea Montermini, Jeff Andretti and Alessandro Zampedri before shifting its attention to sports car racing for the next few years. Eurointernational earned the first victory for the Ferrari 333SP at Road Atlanta and brought IMSA Manufacturer championships to Ferrari in 1994 and 1995. The team then competed in the Indy Racing League in 1997 with driver Billy Roe.

Since 2000, Eurointernational has competed in open wheel development series such as USF3, Formula Renault, Fran Am, and World Series by Renault, winning championships with drivers Luciano Gomide (USF3 in 2000 and 2001), Giorgio Mondini (2004 Eurocup FRV6) and Martin Ponte (2004 FR2000 NA Series). In 2006, the team won the Formula BMW USA championship with Robert Wickens, who would go on to win one race of a doubleheader at Portland and finish third in the 2007 Atlantic championship, and also fielded cars in Formula BMW USA for David Garza and Simona De Silvestro, both of whom also contested the full 2007 Atlantic season. Earlier this year, the team claimed its second consecutive Formula BMW USA title with Canadian racer Daniel Morad.

After an impressive karting career in his native Italy, Piscopo first drove for Eurointernational in the 2005 Formula BMW USA championship and won three races en route to fifth in the final point standings despite missing the first round of the season. The native of Rome finished third in the Formula Renault 2000 Italian championship in 2006 and competed in the 2007 Formula 3 Euroseries with a podium at the Nurburgring in Germany and a pole at Barcelona. He also earned a fifth-place result in the famous F3 Masters race at Zolder, and will contest the upcoming A1GP round in China for Team Italy.

“I am very happy to return to race in the USA, especially with my first coach and friend, Antonio Ferrari, who brought me to my first wins in FBMW USA," Piscopo said. “After two years in Europe in the Euroseries FR2000 and F3, and my debut in the A1GP Series with the Italian team, I am ready to put in my best effort ever in the Champ Car Atlantic program. I’m sure we’ll be competitive right from the beginning of the season."

To assist Piscopo in his efforts, Eurointernational—which has bases in both the United States and Italy and employs a total of 32 people—is in the process of assembling personnel with considerable experience to accelerate the team’s learning curve in the Atlantic series. Ferrari said that the Atlantic team will operate from the same Indianapolis shop that houses the three-car Formula BMW Americas team. Ferrari also mentioned that it is possible that the team could field two Atlantic entries in 2008.

“Edoardo Piscopo is a special driver for me, and I have been following him since he was in karting," Ferrari added. “After the great season in FBMW USA in 2005, I do not have the words to explain how much the whole Eurointernational team is looking forward to having Edoardo in the driver lineup again. Champ Car Atlantic is a new series for my racing organization and we have put all the pieces in place to give Edoardo the best team possible."

The team expects to launch a full testing program in January in preparation for the season-opening Toyota Grand Prix of Long Beach on April 20, 2008.