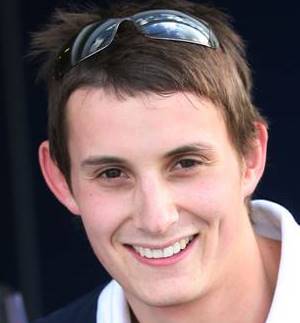 A1 Team Great Britain is pleased to announce that Oliver Jarvis will be its lead driver for the third round of the A1GP World Cup of Motorsport, taking place at Sepang International Circuit in Malaysia on November 25th. The 23 year old took a dominant victory in the season opening Feature Race at Zandvoort, Netherlands in September and is eager to return to the top step of the podium.

With the team currently third in the championship standings, just six points behind leaders New Zealand, Jarvis will be aiming to reduce the deficit and keep the team in title contention. Sepang has been a good venue for the team in previous years, Robbie Kerr finished third in the 2005/06 season Sprint race and went one better with second in the 2006/07 Feature race.

Oliver Jarvis: "I'm delighted to be chosen to drive for GBR in Malaysia. Sepang is an amazing track and I really enjoyed running in the rookie session there last year. I cannot wait to race the A1GP car again and my aim will definitely be to score some strong podium finishes and even another win or two. Hopefully we can leave ahead of New Zealand and South Africa in the championship standings.

Katie Clements; Team Principal: "With Robbie and Olly we've the luxury of having two extremely fast and motivated drivers on the team, both of whom have done very well for us in the opening rounds. The downside of this is we have to choose between them and it is never an easy decision. Whilst Robbie has scored podiums for us in Malaysia in both season one and two, we thought that Olly deserved the opportunity to show what he can do round the Sepang circuit."