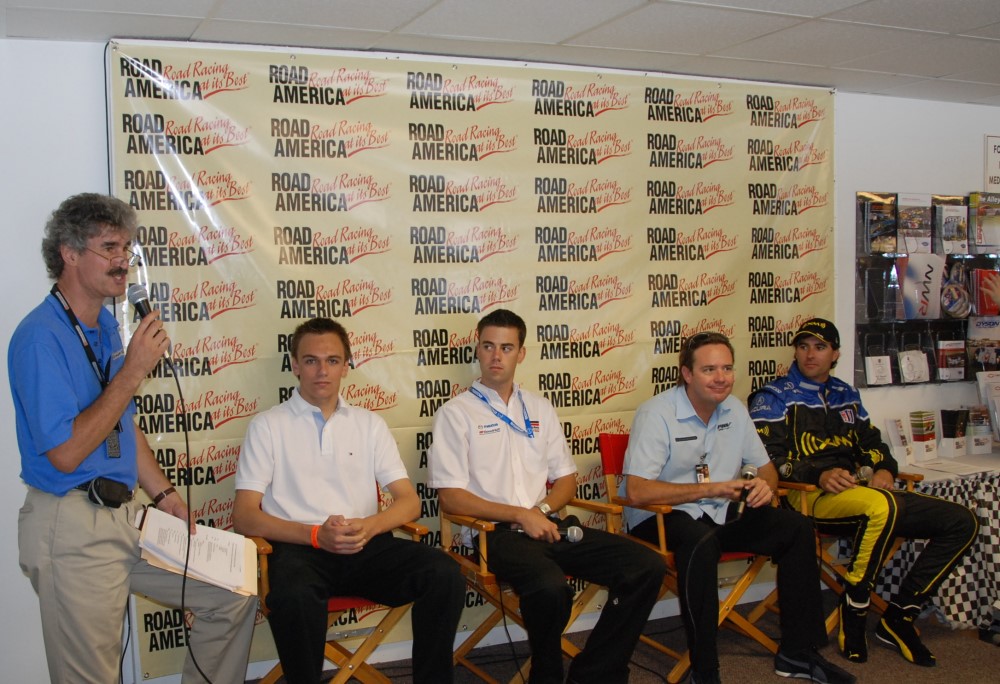 Today at Road America Joel Miller and Patrick Barrett (pictured right in white shirts) were announced as recipients of this year's Team USA Scholarship, which will see them doing six races each in the 300 HP Palmer Audi Autumn Series representing the USA as well as a test for the Pacific Coast Motorsports Junior Atlantic team (US Racetronics).

In related news the Pacific Coast Motorsports team announced they will test both of their current Atlantic drivers, David Garza and Carl Skerlong (pictured left), in their Champ Car cars after the season is over in December. More to follow….