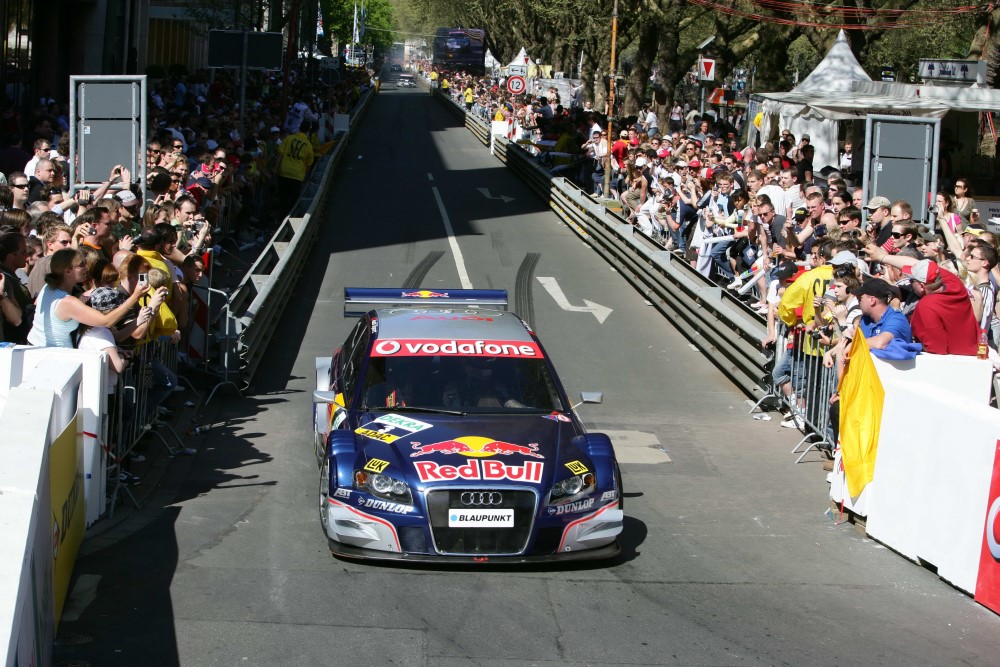 The 2007 DTM opened in Dusseldorf with a spectator record and a first victory for Audi. 180,000 fans attended the official season presentation of the most popular international touring car series during which Christian Abt and Martin Tomczyk cruised up and down the famous Konigsallee ("KÃ¶") in two A4 DTM cars and the spectators got in the mood for the opening race of the year this coming weekend at Hockenheim.

Mattias EkstrÃ¶m and Vanina Ickx claimed the first Audi win of the new DTM season in Dusseldorf: The two Audi drivers changed the right-hand front wheel on an Audi A4 DTM in only 7.7 seconds and were visibly quicker than two-time Formula 1 World Champion Mika HÃ¤kkinen and Susie Stoddart on their Mercedes during the TV pit stop duel.

The two popular singers Shaznay Lewis from the British pop group "All Saints" and Mike-Leon Grosch (German Star Search) experienced the DTM presentation on the "KÃ¶" as passengers in the Audi A4 DTM Race Taxi.

The Audi drivers were impressed by the incredible reception and interest of the fans. "I’ve never ever written so many autographs in my life," said an astonished Mike Rockenfeller (23), who competes in his first DTM race at Hockenheim.