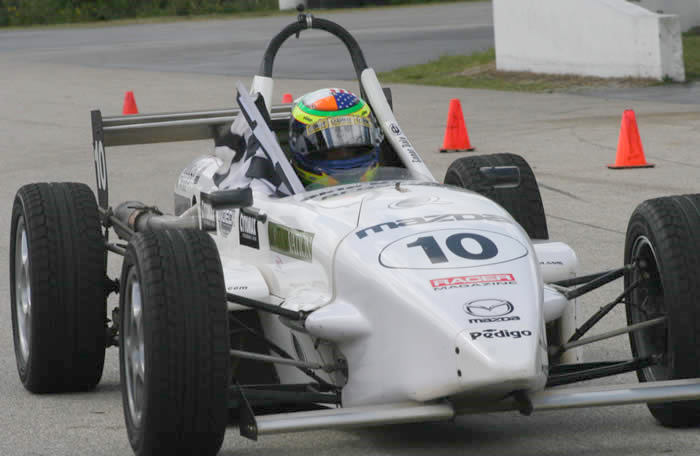 Conor Daly scored a debut win in the Skip Barber Southern regional championship in Moroso Motorsports Park on Saturday March 24th. Daly led all the way from his front row slot and was never headed. He also set fastest lap of the race. As is customary with first time winners, Conor was presented with a checkered flag. Another custom that was somewhat of a surprise was when he had a cooler full of water dumped on him….while he was still in the car. He will miss the next round of the championship in Daytona because it clashes with the opening round of the Stars of Karting championship in Norman, Oklahoma, April 14th-15th. Conor’s next Skip Barber race will be at the Virginia International Raceway on April 20th– 22nd.