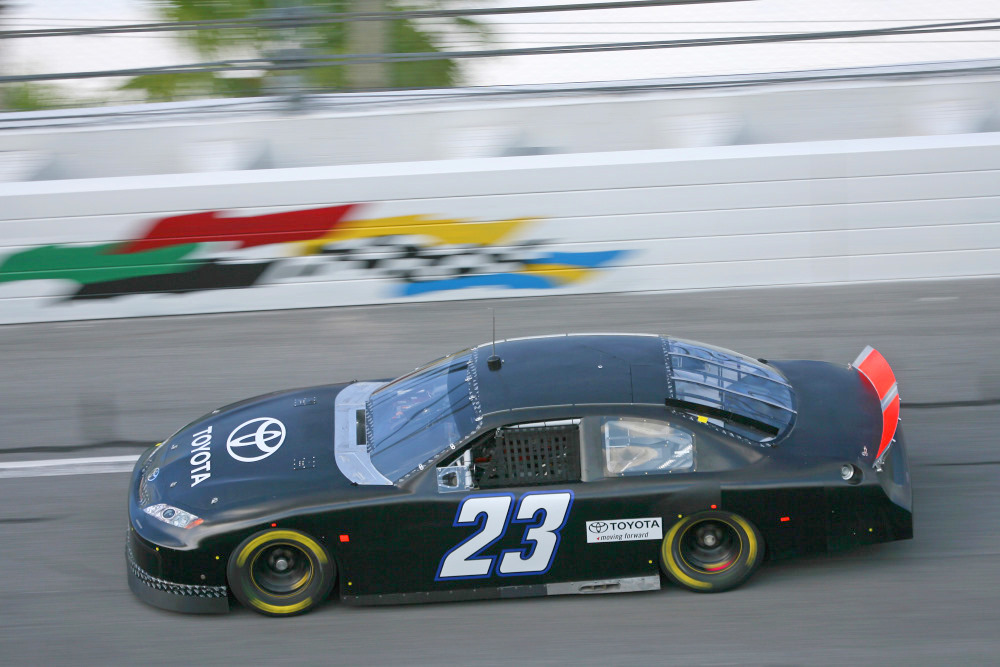 Who knew a Toyota Camry could cause such controversy? America’s favorite family car has the NASCAR Nation all revved up in a heady debate over globalization. When the green flag drops on the Daytona 500 on Feb. 18, a radically souped-up version of Toyota’s humble sedan will become the first foreign car to roll into stock-car racing’s marquee circuit since Jaguar gave it a spin in the 1950s. And that doesn’t sit too well with some of the good ole boys who drive Fords, Chevys and Dodges. They see Toyota as a deep-pocketed predator out to overrun an American institution. “They will use their money and their technology to make the rest of us play catch-up," racing team owner Jack Roush griped recently, adding for good measure: “Americans shouldn’t buy Japanese cars." More at Newsweek.com