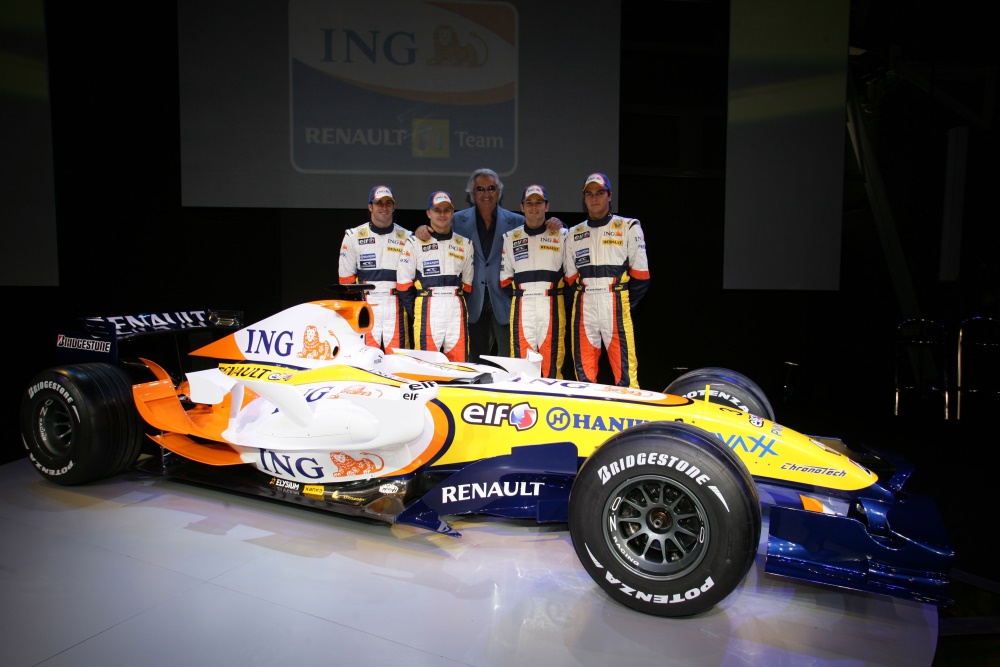 (GMM) Renault unveiled a new multi-colored orange, yellow white and dark blue livery on Wednesday as the 'R27' was officially launched in Amsterdam.

Although without Fernando Alonso at the wheel for 2007, the back to back champions insist that – with an evolutionary car – they again aim to be a front runner.

"This is no year of transition for the team," said team principal Flavio Briatore, who has re-signed Alonso's former teammate Giancarlo Fisichella to race alongside rookie Heikki Kovalainen.

Briatore said: "We believe in our choices."