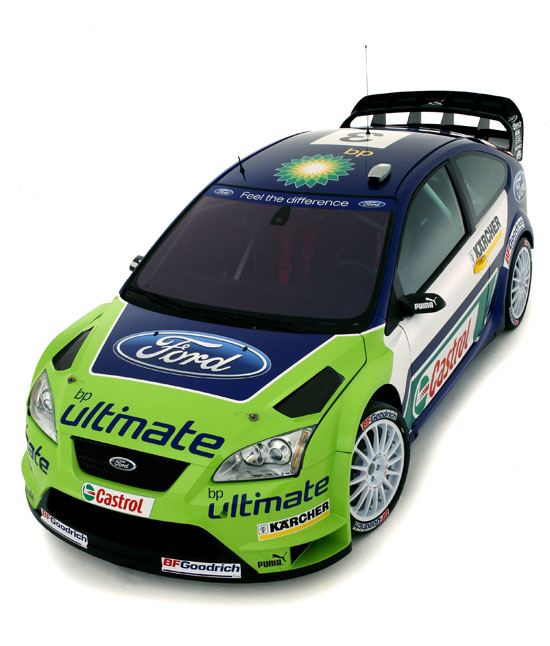 Reigning world rally champion BP-Ford will launch the defense of its 2006 title on the legendary Rallye Monte Carlo (18 – 21 January) in France next week with a proven winning squad. The team which lifted the FIA World Rally Championship manufacturers' title will begin 2007 with the same core structure firmly in place.

The driver line-up of Marcus GrÃ¶nholm and Timo Rautiainen and team-mates Mikko Hirvonen and Jarmo Lehtinen, who spurred the team to its most successful season ever with eight victories en route to the title, remains unchanged. The Focus RS WRC will also begin the new campaign in the same specification that it ended the 2006 season. However, development of the car continues and upgrades are expected as the season unfolds.

Jost Capito, director of Ford TeamRS, who has overall responsibility for Ford's WRC program, believes the team can capitalize on last year's title triumph. "Over the years I believe the team has developed into one of the best squads in motorsport," he said. "The title meant a great deal to so many people and Ford was extremely proud of the team's success. But it also meant we achieved our target of being in a position to start 2007 capable of being fully competitive on all 16 rounds and ready to launch a concerted bid for both the drivers' and manufacturers' titles this year."

BP-Ford World Rally Team director Malcolm Wilson is also confident for the season ahead. "Last season we proved that the Focus RS has both the speed and reliability to win rallies anywhere," he said. "In Marcus we have someone with the pace and experience to challenge for his third drivers' world title. As the season progressed Mikko improved to become one of the world's leading drivers and we expect him to mature further in 2007. The combination of driver and car line-up is hugely exciting and I'm really looking forward to the year."