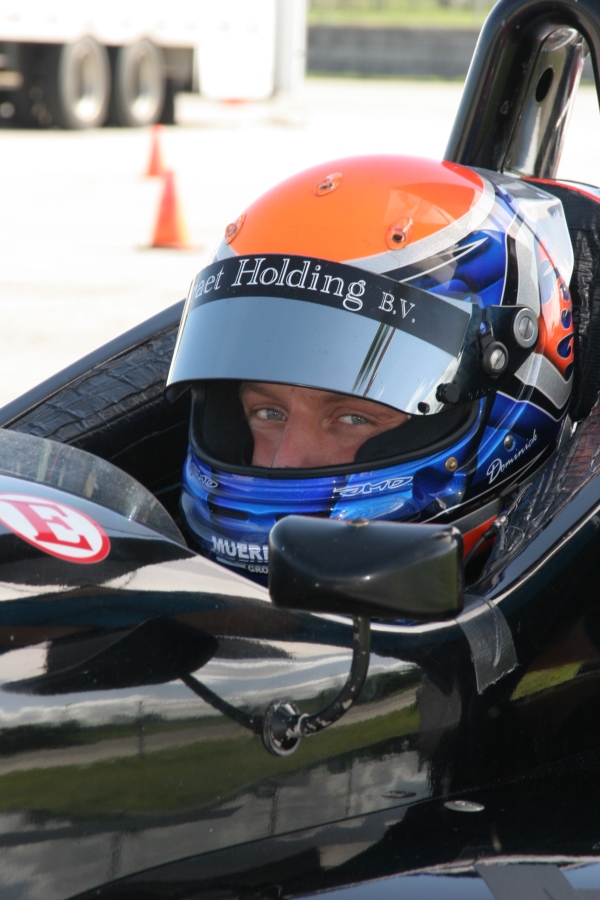 Dominick (22) drove Jensen MotorSport's Swift 014 in the SCCA National races at Sebring and Homestead during the first 2 weekends of January. Consistently quick in Sebring, Dominick qualified and was running in 2nd position before getting caught in an accident while lapping traffic. At Homestead, Dominick started and finished 3rd to achieve his first ever podium finish.

Jensen MotorSport team owner Eric Jensen states, "Dominick is a terrific addition to our team. He has done a lot of testing this off-season in both our Swift 014 and 016 race cars. He is very quick, and his personality fits well with our team. It's obvious how much Dominick wants to be a winning professional driver, and it's great to see how well Dominick and Frankie Muniz get on together as team-mates."

Dominick Muermans states, "It's been a terrific few months driving in the USA. Together with the team, we decided to compete in the Sebring and Homestead SCCA Nationals in search of practical race weekend experience in advance of the 2007 pro racing season. For sure it was time well spent, including such benefits as gaining valuable experience at Sebring with what it's like to race on a bumpy American street circuit; and also experience in working with my engineer to improve the car throughout a race weekend."

Dominick is entering his 3rd season of professional racing in 2007. In 2006, Dominick drove in the German Formula 3 championship, finishing in 12th position in the rookie championship.

While Dominick travels to Los Angeles to spend time training with Frankie Muniz, the Jensen MotorSport team will be busy at the Montreal shop this week preparing it's Swift 016's in advance of the Sebring official series test on January 27th & 28th.

For more details about Dominick Muermans' racing, and Jensen MotorSport, contact us via e-mail team@jensenmotorsport.com