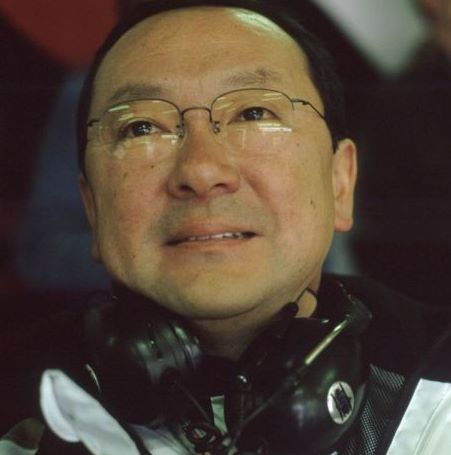 In the fourth of our exclusive Monday Interviews, Wada-san talks about the significance of Honda’s acquisition and its aspirations for future success.

Does Honda believe it needs to own its own Formula One team in order to ensure success?

“The ownership itself of a team isn’t the most crucial factor. Company ownership never comes first as the involvement of the right technical resources and people with the right skills and correct mentality is far more important. To me, zero to 45 per cent ownership was a far more significant jump than 45 to 100 per cent."

What difference will Honda’s ownership make to the day-to-day running of the team?

“There won’t be a huge difference – we are already very focused on winning. Internally, though, there will be more co-ordination between R&D in Japan and our technical teams here in Brackley so more resources will become available. That’s one of the main benefits of this move."

How can Honda turn what has become a regular podium winning team into a winner?

“Last season was a bit disappointing and it’s fair to say that we struggled to overcome the 2005 aerodynamic regulations and never managed to get the best out of our Michelin tires. Engine-wise we had some early issues but by the end of the season our engine was really strong and very reliable There’s no doubt we have the capability to win, we just have to harness all potential areas for improvement. Next season we have a new V8 engine regulation, which will be a challenge but it’s also an opportunity… and we hope it will be a big opportunity for us. It’s also important for us to be strong right from the start. Historically, this team has been good when it comes to improving during the season, now the key is to have a good start so we can build from there."

Honda has always used its motor sport programs to train and motivate its in-house engineers. Will this philosophy remain or will winning be the sole priority in the future?

“Absolutely, this is a very important part of our program. Motor sport is in the DNA of Honda and I hope it’s in the DNA of all Honda’s associates, too, whether they are companies or individuals. Besides, we believe by regularly rotating our engineers within our competition activities we can bring in fresh ideas. Believe it or not, there are always some lessons F1 can learn from production car technologies as well as vice versa."

Formula One cars will use a new generation of V8 engines in 2006. When did Honda start working on the eight-cylinder project?

“We started on the concept right after the new rules were introduced almost a year ago. We ran a test engine in April at Mugello simply to confirm the various characteristics of a V8 and its interaction with the chassis. The real engine will run in the Concept Car at the end of this month and currently we have lots of V8s running on dynos to perfect drivability, power and reliability and I think we have a good indication of what’s ahead in the future."

“No, it’s a totally ground-up restart. The two engines have completely different characteristics and there are also new regulations covering minimum weight and minimum crank height, as well as restrictions on some specific materials so the V8 is a totally new concept."

Some people believe a restricted V10 engine could be a better solution in 2006 than a new V8. Have you considered sticking to tried-and-tested engine technology?

“It’s fair to say that we’d prefer to be racing with a V10 as they were special for Formula One, so in some ways it's a bit sad to be switching to a V8. Currently it’s technically true that a V10 running with the proposed restrictor will be more powerful than one of the new V8s. However, we don’t want to be forced back to a V10 as the principal of the new regulations is for a V8 formula. Every engine manufacturer agrees the proposed restrictor size isn’t correct and we believe the FIA will apply a fairer equivalent."

V8s generate more vibrations than a V10. Are you expecting more mechanical failures with the two-race engine format than we had in 2005?

“One of the most important parts of our development program both now on the dyno and soon testing on the track will be to ensure we get the same levels of reliability out of the V8 as we enjoyed with the V10. We know the extra vibrations coming from a V8 may cause some specific problems but we are working on those and are confident we can overcome them."

What are the other characteristics of a V8 that are very different to a V10?

“It’s a smaller engine to start with, both in terms of the number of cylinders and its capacity. Variable intake manifold trumpets have also been banned. Together these will result in a narrower torque band, so we have to be careful when it comes down to the fine tuning of a V8."

Honda was rumored to be seeking 1000bhp from its final specification V10 engine. How close did you come to this emotive target figure?

“Close! But I’m sure, if we’d kept working on the V10, we could have reached that figure."
Finally, what are Honda’s hopes and expectations for 2006?

“This year’s priority was for Honda to get back to winning races but, unfortunately, we didn’t fulfill that objective. Next year we’d like to start challenging for the championship and we would like to start winning as soon as possible. That’s what we’ll be pushing for in 2006."