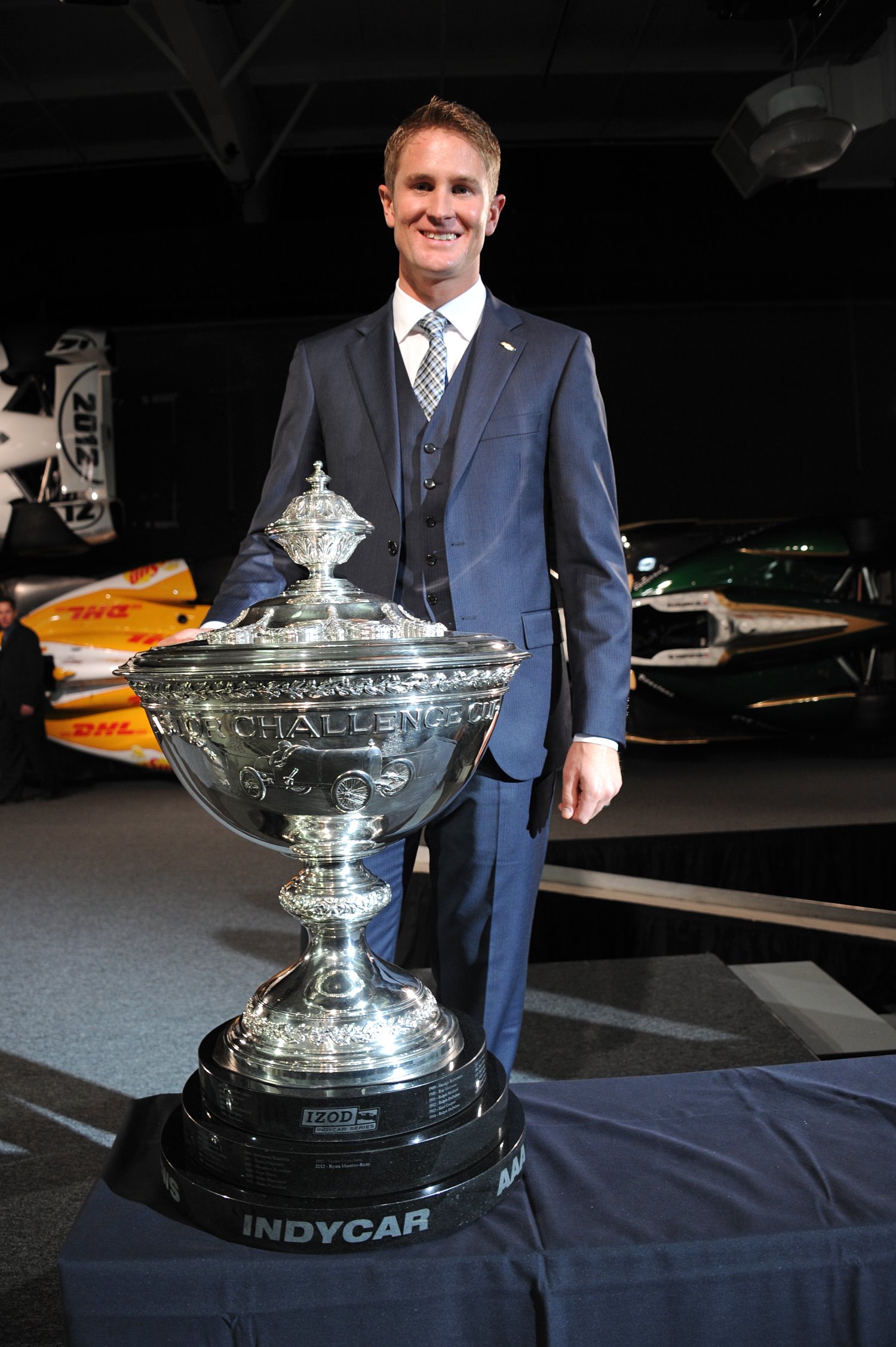 Hunter-Reay and Firestone Indy Lights champion Tristan Vautier – along with other drivers, and teams- were recognized during the INDYCAR Championship Celebration presented by Fuzzy's Ultra Premium Vodka at the Indianapolis Motor Speedway.

In addition to the championship bonus, Hunter-Reay accepted the $50,000 A.J. Foyt Oval Championship and the Jostens Champions Award, a ring valued at $10,000.

Jim Campbell, Chevrolet's vice president of performance vehicles and motorsports, accepted the manufacturer's award on behalf of Chevrolet. Sarah Fisher Hartman Racing was named the winner of the Indy Family Foundation Giving Back Award Presented by Firestone and the $1,000 charitable donation for its work in supporting the family of Carey Hall, a SFHR crew member who battled ALS before passing away earlier this year.

Will Power of Verizon Team Penske was honored as the second-place finisher in the championship while Scott Dixon of Target Chip Ganassi Racing was honored for finishing third. Power also won the $50,000 Mario Andretti Road Championship.

Vautier accepted the mini Firestone Firehawk Cup, the Firestone Indy Lights Rookie of the Year, a Jostens Champions Award valued at $5,000, an original artwork by motorsports artist Jim Swintal commissioned by Firestone and the $3,000 "Securing Tomorrow Award" from Gregory & Appel Insurance for winning the most races.

Vautier was also named the winner of the Greg Moore Legacy Award.

"It was a great season and looking back it seems like St. Petersburg was yesterday," the Frenchman said. "So much came to me this year. I didn't expect to win the title, I just came in open-minded and decided to listen to my team to learn as quickly as a I could because I was a rookie racing against some very experienced guys. What an awesome year with Sam Schmidt Motorsports. They are real winners and it was great to share a common motivation with them this year. I can't thank them enough."