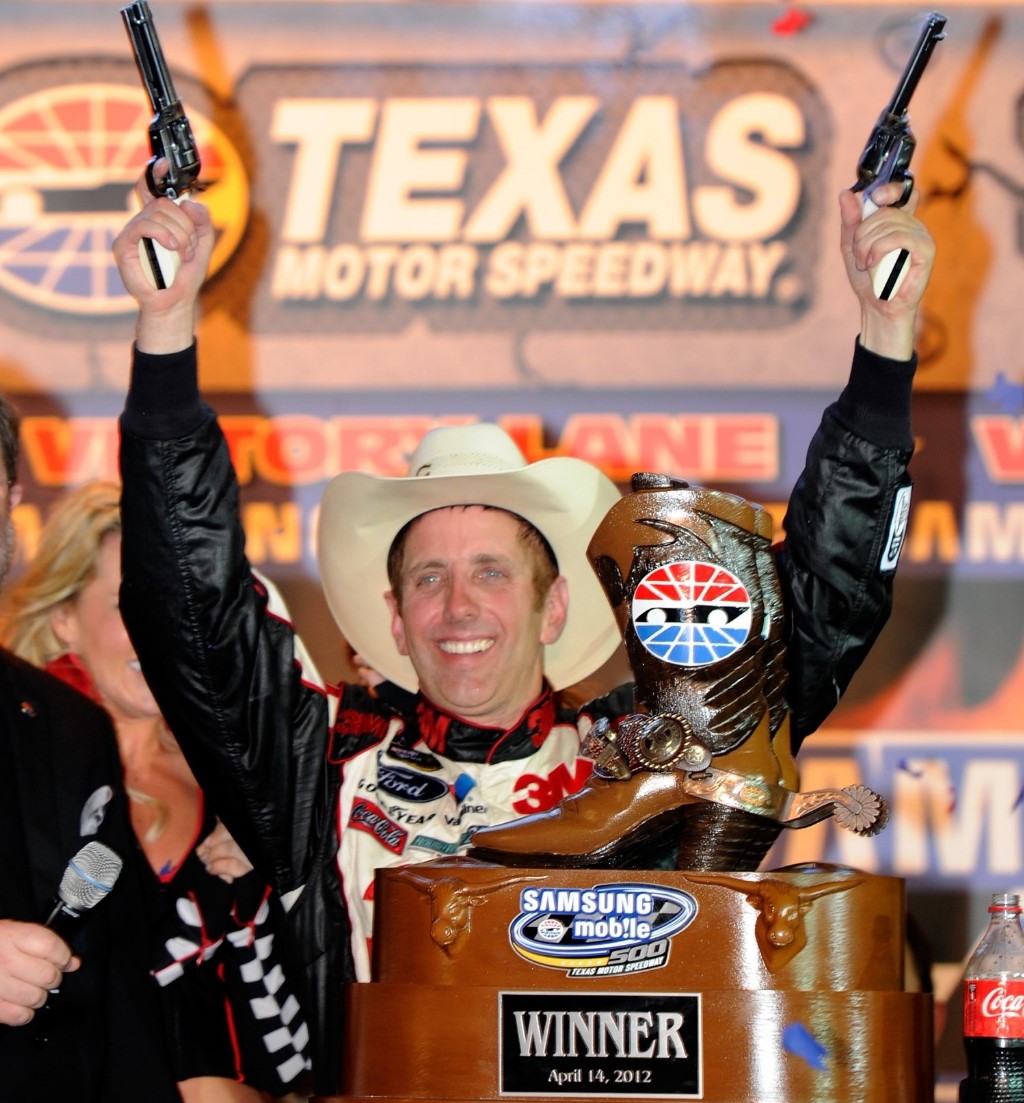 Race number eight, of the 2012 NASCAR Sprint Cup Chase for the Championship, will be held at the Texas Motor Speedway this Sunday. This speedway is well known for exciting racing and fast speed. The winner of this Texas sized race also gets to observe the tradition of wearing a genuine cowboy hat while firing a pair of six shooters into the air.