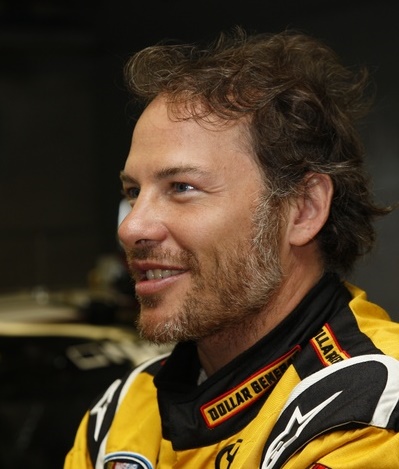 Saturday, looked as though a long, painful Odyssey for Jacques Villeneuve was going to end. Leading the NASCAR Nationwide Series race in Montreal, when the white flag waved, the 1997 Formula One (F1) world looked poised to capture the win. However, with about a half lap remaining, Justin Allgaier made contact with Villeneuve and drove off to the victory. Villeneuve finished third.

Predictably, Villeneuve was not happy with Allgaier, claiming the young American had initiated the contact, "on purpose." Allgaier, for his part, insisted that Villeneuve had slowed in an attempt to save fuel, and that the contact was unavoidable.

Whatever, the case, Villeneuve did not record the victory. A storybook finish, in his hometown province of Quebec, on a circuit named for his legendary father, Gilles, was not to be. Even Allgaier, sounding almost guilty, noted this saying "It's tough when you have a driver who has his last name on the race track."

However, Allgaier's above sentiment was not the prevailing one, and even contradicted by Allgaier himself later in the post-race interview. Noting that Villeneuve had wrecked his teammate Alex Tagliani, Allgaier noted that "at the end of the day, what goes around, comes around." Sadly, this was the sentiment of most. See, Villeneuve, who had such a promising start to his career, has at 41, become a dislikable, arrogant, petulant shadow of his former self.

Of course, the second generation Canadian racing star burst onto the IndyCar scene in 1994. Villeneuve won the Elkhart Lake race that season, was named CART rookie of the year, and finished second in the Indianapolis 500. A year later Villeneuve would capture the Indianapolis 500 and CART Championship. The propelled Villeneuve to an F1 drive with the then dominant Williams team for 1996.

Villeneuve became world champion in 1997 for Williams, winning 8 races that season. Thus, at the tender age of 26, Villeneuve had won the Indianapolis 500, the IndyCar title and F1 World Championship. For those who don't know, that's a list that includes three names: Villeneuve, Emerson Fittipaldi and Mario Andretti. It seemed the best was yet to come.

However, the talented Villeneuve quickly fell from grace after that 1997 title campaign. From bad cars to bad decisions and plain bad luck, the prideful Villeneuve found himself relegated to a mid-pack F1 driver by the turn of the century. His star would ultimately wane and Villeneuve spent much of 2004 sitting on the sidelines before being out of F1 permanently in 2006. In his mid-30s, the former world champion found himself racing pickup trucks and participating in unheralded disciplines such as the Canadian Tire Series.

Failing to accept the reality of his fallen star, or possibly frustrated by his lack of success getting back into F1, Villeneuve briefly flirted with the idea purchasing his own F1 team during the summer of 2010. The idea of course being, that since no one would hire him, Villeneuve could simply hire himself to drive. I wrote then for another publication that Villeneuve purchasing his own F1 team and hiring himself to drive was a terrible idea, particularly when he stood little chance of succeeding, and potentially could squander a fortune in the process.

Villeneuve, thankfully, never followed through on that idea. However, despite that one good decision, Villeneuve's mission to recapture glory on track has continued to be in vain. Lately, this search has taken him to NASCAR, and competing in the Nationwide series road races. Further, with NASCAR's expansion into The Great White North in recent years, Villeneuve has given the American based stock car series a draw in his native Canada.

However, whether entitled by former glory, or acting out of frustration, Villeneuve's on track actions continue to ruin his once illustrious name. While he has shown in Nationwide races over the past few years that he still has speed, his aggressive driving, and complete lack of accountability, make the memory of his F1 and IndyCar successes seem even longer than a decade and a half ago.

Of course, earlier this summer at the Elkhart Lake Nationwide race, Villeneuve simply ran Danica Patrick off the track, preventing her from a deserved top-5 finish. Yesterday, coming out of the tight turn 2 in Montreal, Villeneuve simply accelerated into the back of fellow Quebecois Tagliani. While Villeneuve claimed Tagliani was slow, he did little to refute the notion that he dumped the classy, professional, veteran IndyCar driver. "I couldn't just stay behind him," said Villeneuve. Replays also showed that after initial contact with Tagliani's rear, Villeneuve continued accelerating, essentially assuring "Tags," would wreck.

Now, I will concede that contact is part of racing. Further, NASCAR's idiotic "boys will be boys" policy, which I've harshly criticized in print numerous times, encourages such ruffian behavior. However, Villeneuve should be above such amateur nonsense. Despite his difficulties finding form over the last many years, Villeneuve still boasted the best resume of anyone on that track yesterday. Yet, because he's been driving like a lousy weekend club racer for years now, Villeneuve so often finds himself in petty pissing matches with drivers who, in terms of resume, can't hold a candle to him.

And Villeneuve's recent behavior is why outside of Quebec, no one felt too sorry for old Jacques, yesterday. Yes, on the track named for his late father in his hometown, Villeneuve got dumped half lap from the checkered flag. Allgaier can spin it however he likes, and I'll concede it was a polite, gentle dumping, but a dumping nonetheless. Allgaier, who hadn't figured prominently most of the afternoon, drove off and took the win. Villeneuve, who dominated, had to settle for third. And no one felt too bad for Jacques.

That is what I find saddest of all. The Chrome Horn