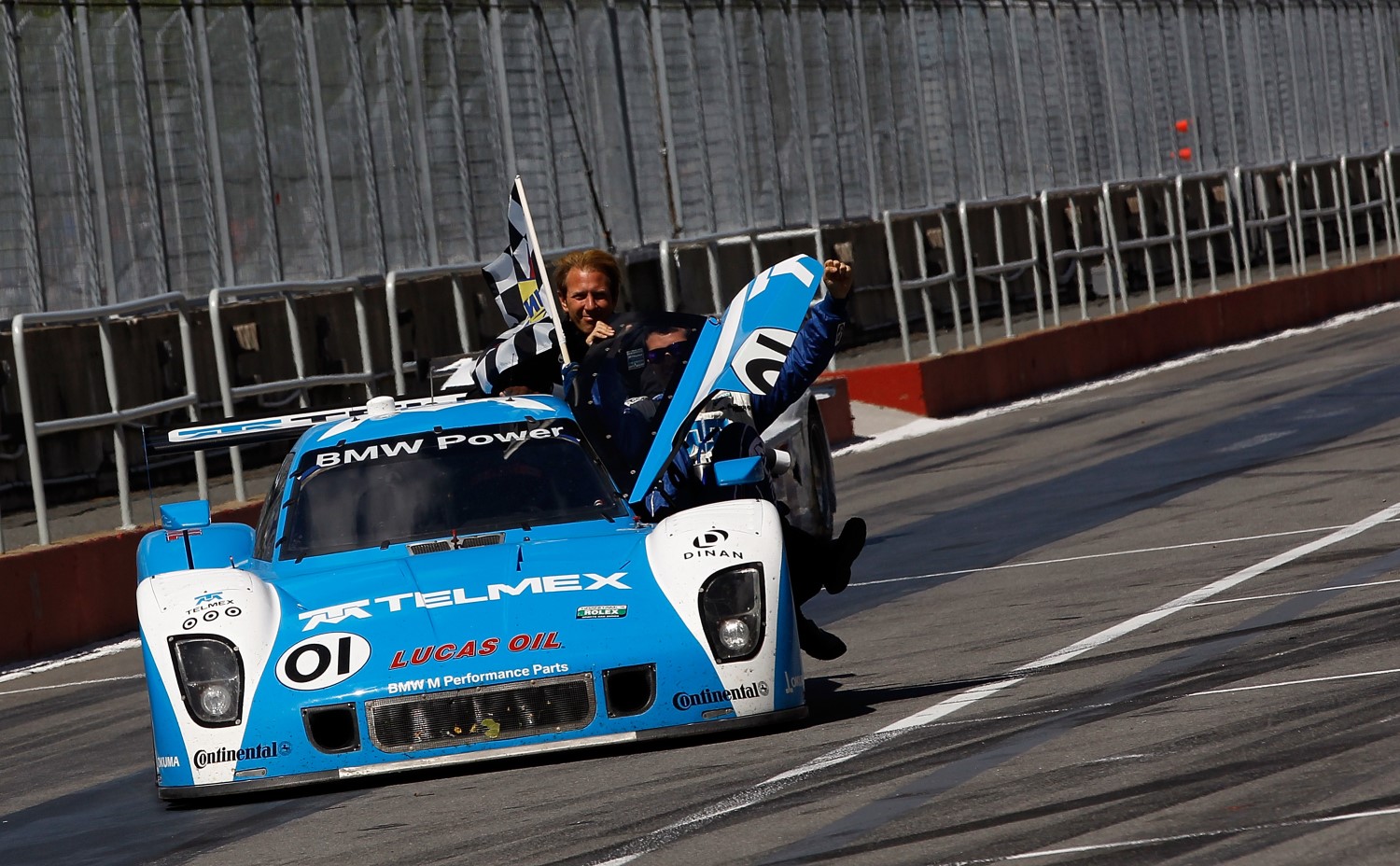 Scott Pruett and Memo Rojas pulled away to their second win of the season in the GRAND-AM Rolex Sports Car Series' Montreal 200, clinching the Ganassi operation's 150th win in all forms of major motorsports.

"It was quite an honor getting the 150th win for Ganassi with all that he's done on the IndyCar and NASCAR side, and even the GRAND-AM Rolex side," Pruett said. "I'm proud to be a part of that. It's certainly been a great run."

Pruett, who drove the anchor leg, led the final 37 of 66 laps in the two-hour race in the No. 01 TELMEX BMW/Riley. Pruett slipped by Ryan Dalziel's No. 8 Starworks Motorsport Ford/Riley for the lead just past the halfway mark, and then kept the advantage after the final series of pit stops several minutes later.

Pruett and Rojas, who started second, padded their points lead in the featured Daytona Prototype class to 18 points over Dalziel.

Alex Gurney and Jon Fogarty, who won the TOTAL Pole Award in Friday's qualifying, took second in the No. 99 GAINSCO Bob Stallings Racing Corvette DP, 22.902 seconds behind the winners at the finish. Gurney capitalized when Ozz Negri gave up second place for a final pit stop for fuel with four minutes left in the No. 60 LiveOn.com/Curb Records Ford/Riley from Michael Shank Racing.

The No. 5 Action Express Racing Corvette DP of David Donohue and Paul Tracy finished third, rallying from contact with Michael Valiante’s spinning No. 90 Spirit of Daytona Corvette DP in Turn 1 on the opening lap.

Dalziel faltered in the points when he spun in Turn 10, collecting Ricky Taylor in their spirited battle for third place with 27 minutes left. Race officials assessed Dalziel a stop-and-go plus 15-second penalty for avoidable contact, and the resulting eighth-place finish cost him dearly in the standings with two races left in the season.

Robin Liddell and John Edwards won a close-quarters battle in the GT class, scoring the pole-winning team's second victory of the season in the No. 57 Stevenson Motorsports Camaro GT.R. Liddell finished just .569 seconds ahead of the fast-closing No. 69 FXDD AIM Autosport Team Ferrari of Emil Assentato and Jeff Segal. Wayne Nonnamaker and Dane Cameron finished third in GT in the No. 43 TheRaceSite.com Mazda RX-8.

"At the end of the day, we've had a good record here," said Liddell, who anchored his and the team’s fourth victory at Circuit Gilles Villeneuve. "The team did a great job. It makes a big difference when you've got somebody starting up front."

Assentato and Segal, three-time winners this year, stretched their lead in the GT standings to a 29-point edge over Paul Dalla Lana, who crashed in the No. 94 Turner Motorsport BMW M3 at the half-hour mark of the race.

The GRAND-AM Rolex Series' next round is the Continental Tire Sports Car Festival powered by Mazda on Sept. 7-9 at Mazda Raceway Laguna Seca at Monterey, Calif.