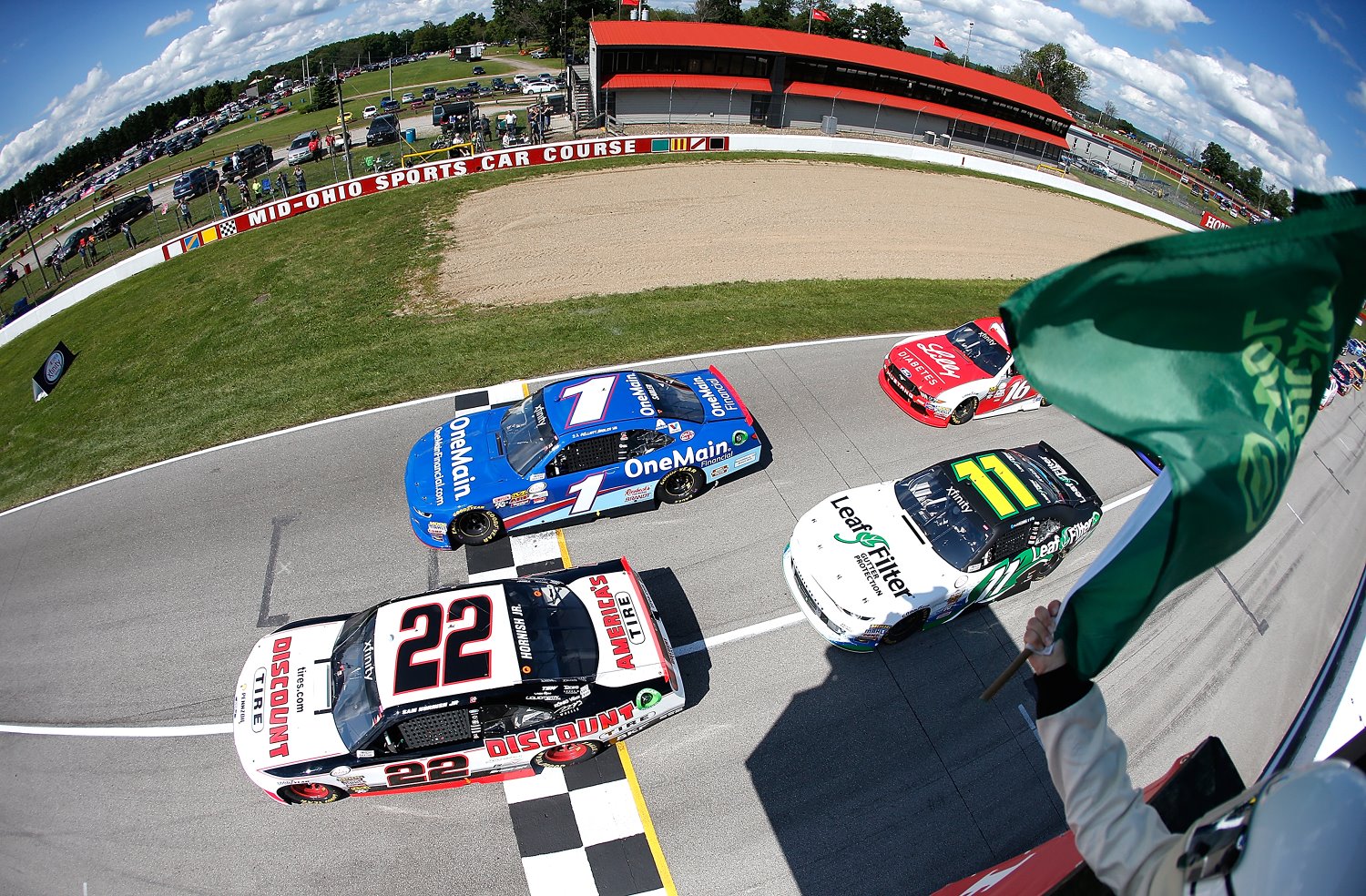 The partnership between Team Penske and Fitzgerald Glider Kits will continue to grow in 2018, as the team announced today that Fitzgerald will become the primary sponsor on the championship-winning No. 22 Ford Mustang for the majority of next season’s NASCAR XFINITY Series (NXS) races.

Fitzgerald Glider Kits, North America’s leading truck glider kit assembler, will be the primary sponsor of Team Penske’s No. 22 Ford for 16 races beginning next season, including the season-opening race at Daytona International Speedway, the season-ending race at Homestead-Miami Speedway and both series races at Bristol Motor Speedway, the home track for the Tennessee-based company. Fitzgerald will also be an associate sponsor on the car for the balance of the 2018 NXS season.

As part of the enhanced agreement with Fitzgerald Glider Kits, a Team Penske partner since 2016, Fitzgerald will also serve as the primary sponsor for the team’s No. 12 Ford Fusion driven by Ryan Blaney in the Monster Energy NASCAR Cup Series (MENCS) race at Bristol in August of 2018. Fitzgerald will also continue as an associate sponsor in the Verizon IndyCar Series (VICS) with a presence on the No. 1 Chevrolet driven by defending series champion Josef Newgarden throughout next season.

“Team Penske continues to grow its relationship with Fitzgerald Glider Kits and we welcome the company’s increased role as a sponsor with the No. 22 Ford Mustang team in 2018," said Roger Penske. “We work closely with Fitzgerald in our trucking business and the company has certainly made the most of its partnership with our race teams across different platforms since it joined Team Penske in 2016. We look to continue to build the Fitzgerald Glider Kits brand as we move to the next level next season."

Team Penske and Fitzgerald first teamed up when the company became a sponsor of the No. 22 NXS Ford Mustang in 2016. This season, the Tennessee-based company not only was a partner on the No. 22 team, but it also enhanced its relationship with Team Penske as it became a primary sponsor of the No. 2 Ford Fusion driven by Brad Keselowski for two Cup Series races and sponsored both Josef Newgarden and Juan Pablo Montoya in the Verizon IndyCar Series. In addition, Fitzgerald was a sponsor with Keselowski’s NASCAR Camping World Truck Series team at Brad Keselowski Racing this season.

“Working with Roger and Team Penske has been a real privilege over the past few years," said Fitzgerald founder Tommy Fitzgerald Sr. “I truly appreciate the all the new friendships we’ve built and the time that the team took to get to know our company and to understand the goals of our brand. Becoming a primary sponsor with Team Penske was a natural fit for the Fitzgerald Companies. The opportunity to display our colors on the hauler and the race car will give us a great tie into the transportation side of racing, which means maximum exposure in our industry. Seeing our company logo in the winner’s circle provides a feeling of pride unlike anything we have done as a family and as a company. We look forward to strengthening our relationship with Team Penske by growing our commitment to the No. 22 NASCAR XFINITY Series program."

Team Penske’s No. 22 NXS team has been one of the most successful in racing over the last several years. The No. 22 won the series Driver’s Championship with Keselowski in 2010 before capturing three-consecutive Owner’s titles from 2013-2015. The team is one of the final Championship 4 teams eligible for the Owners’ Championship this weekend at Homestead-Miami Speedway.

The No. 22 Fitzgerald Glider Kits Ford Mustang will make its 2018 debut in the season-opening race at Daytona International Speedway on Saturday, February 17.