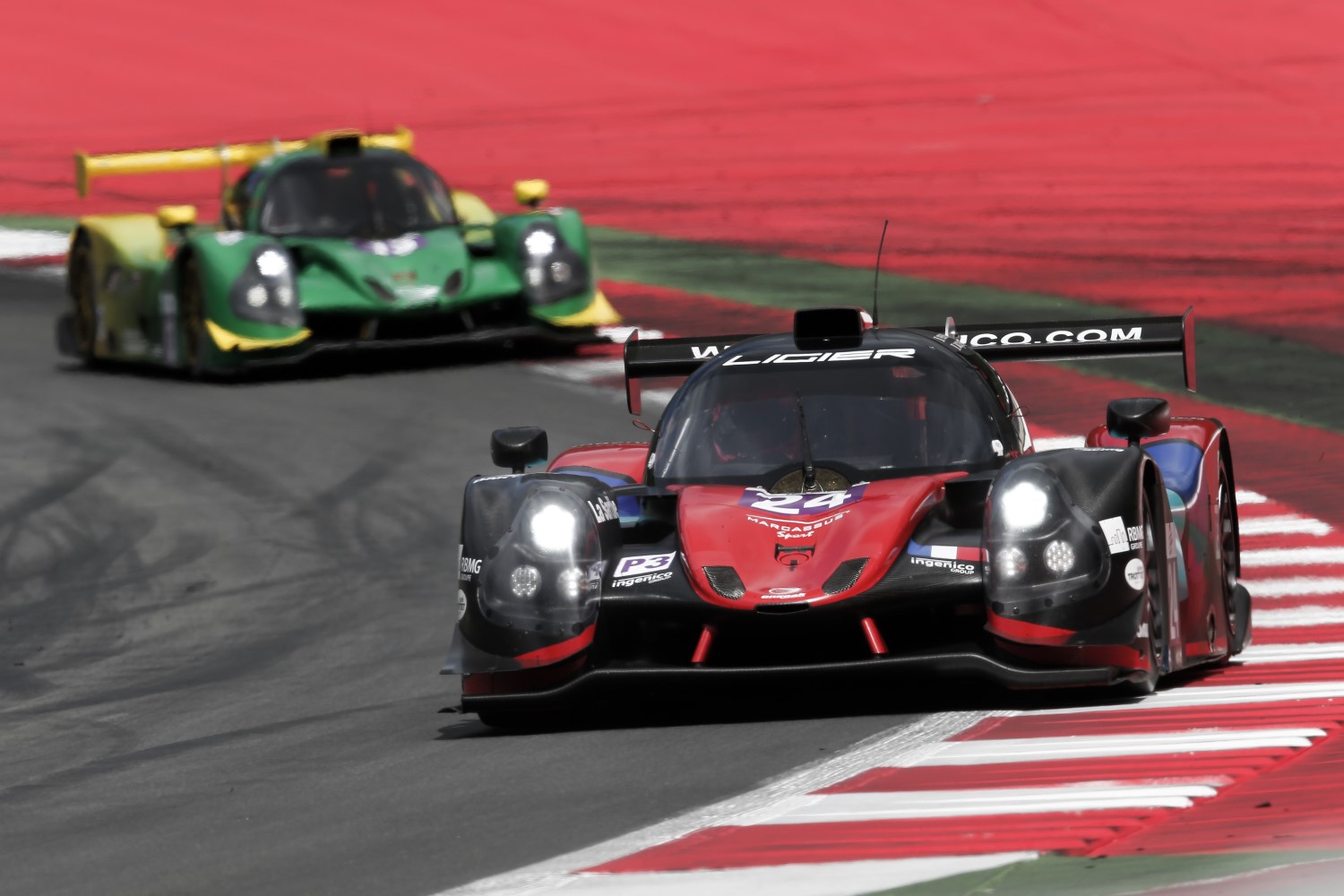 This weekend OAK Racing took part in the third of the six rounds in the European Le Mans Series. Its nos 4 and 24 Ligier JS P3-Nissan-Michelins, crewed respectively by the following driver line-ups, Erik Maris – Jean-Marc Merlin and Jacques Nicolet – Pierre Nicolet, raced in the Red Bull Ring 4 Hours. In front of 15.000 spectators and in a field comprising 38 cars including 19 LM P3s, the red and black sports prototypes entered by the French team clinched 5th and 16th places in their category.

The OAK Racing team and its gentlemen drivers had two 90-minute free practice sessions to find the right setups for their Ligier JS P3s and tame the Austrian circuit’s 4,326-km rapid, undulating layout on which all four were racing for the first time.

Erik Maris and Pierre Nicolet, entrusted with the job of qualifying the nos 4 and 24 Ligier JS P3s in the Ingenico and Marcassus Sport colors, had only 10 minutes, a very short qualifying session allocated to each category, to clinch their positions on the grid. Both covered seven laps (eight maximum for certain teams). Erik set the 18th time in the category on his sixth lap and Pierre the 16th on his final one.

The race started on Sunday at 14:00 in overcast weather conditions but there was no rain. In the heavy traffic incidents were almost inevitable. However, the drivers in the nos 4 and 24 Ligier JS P3s were able to cope with the situation; they avoided the traps and crossed the finishing line after 4 hours intense racing. As in the previous two rounds Erik Maris and Jean-Marc Merlin saw the checkered flag. Despite a collision early on, and a minor off requiring repairs that cost them 12 precious minutes, they both drove very well covering 140 laps at the wheel of the no.4 Ligier JS P3.

Father and son pairing Jacques and Pierre Nicolet were extremely happy with a very good fifth-place finish after a flawless, highly productive weekend.

The Austrian event marked the mid-season point of the ELMS. OAK Racing will be heading back to the circuits after the summer break when they set off for the south of France to compete in the Paul Ricard 4 Hours on the marvelous Le Castellet circuit.

Jerome Boespflug, Team Manager: "Overall, it was a very positive weekend for the whole team. The drivers all showed an encouraging turn of speed and each one set good times. Pierre and Jacques’ fifth place is a great reward, and Erik and Jean-Marc could have finished higher up the time sheets if they hadn’t been hindered by two minor race incidents. In addition to having the two cars on the pace the team adopted an excellent strategy with only three pit stops compared to four or even five for other teams. The stops all went off without a hitch and we were able to optimize the minimum time imposed in the pits. So we’re very happy with the weekend’s results. Now a well-deserved summer holiday awaits everybody, and we’re already looking forward to the restart at Paul Ricard at the end of August!"